As the internet has grown more and more influential, plenty of internet properties have been developed by a range of companies. It is important to note that beyond the big names like Facebook or Twitter, plenty of highly influential blogging websites have also been developed and one of the most popular ones is Tumblr. Back in 2017, Tumblr had been bought by American telecommunications giant Verizon from the troubled company Yahoo. However, from the beginning of 2019, Verizon has been exploring the possibility of selling the website to the highest bidder. It has now emerged that Verizon has decided to sell the blogging website to Automattic Inc for an undisclosed amount.

Automattic is the owner of the blogging platform, Wordpress. Although the financial details of the transaction have not been revealed by the companies, it is believed that Tumblr changed hands for $3 million. However, the fall in the popularity of Tumblr is best illustrated when one compares the current price to the $1.1 billion that was paid by Yahoo to acquire it back in 2013. It is an astonishing fall from grace, and one that illustrates how things can change very quickly when it comes to online properties.

In a statement released by Verizon, Guru Gowrappan, the Chief Executive Officer of Verizon Media, spoke about the company’s association with Tumblr. He said,

Tumblr is a marquee brand that has started movements, allowed for true identities to blossom and become home to many creative communities and fandoms. We are proud of what the team has accomplished and are happy to have found the perfect partner in Automattic, whose expertise and track record will unlock new and exciting possibilities for Tumblr and its users.

IOTA Price Analysis: IOTA To Continue To Bearish Run For Quite Some Time Now, May Trade Around $0.30 Only 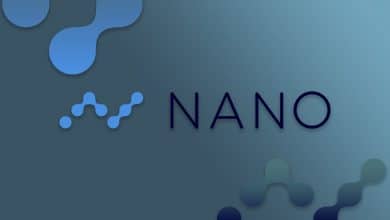