Turkey’s leading cryptocurrency trading exchange, BtcTurk, has announced that it has integrated one of the most highly acclaimed cryptocurrencies “Dash” in its network. The platform will render the traders to indulge in transactions with DASH/BTC and DASH/USDT trading pairs along with support to Turkish lira pairs as well as on its revolutionary PRO version.

The crucial infusion of Dash cryptocurrency into the BtcTurk network will pave the way for advanced and seamless liquidity options in the country. Presently, Dash has Turkish lira trading pairs being operable on the Sistemkoin, Vebitcoin, Koineks, Bitci, Ovis, and Koinim exchanges.

The Dash community members have been adamant in exploring growth opportunities in Turkey. The team has triggered various potential initiatives in the country focused on better adoption of the Dash pedagogy. Dash has created a Dash Embassy Turkey in the country, which aids in the proliferation of the technology in the region and helps in organizing community outreach events for better access to a mass audience.

Interestingly, the continuous efforts of the Dash network to expand its operations in the Turkish region is because of the country’s strong potential in evolving as a crypto leader in the future. According to the Statista Global Consumer Survey report, Turkey shines as the country which has the highest cryptocurrency adoption rate in comparison to other regions of the world. Nearly one person out of five is likely to own a crypto coin or token revealed the report. The rate is higher than in major Latin American countries like Colombia and Brazil. This favorable market situation, along with high inflation rates of native currency lira, has made Turkey a hotshot favorite for the Dash community, which is trying to strengthen its position in the industry. Turkey has been subjected to severe currency devaluations all throughout the year. Hence, the emergence of digital currencies like Dash helps the investors to get over the government-driven inflation and uncertainties in a better manner.

BtcTurk was established in 2013 and today; it stands tall as the country’s biggest cryptocurrency trading exchange network lending support to the suite of all reputed cryptocurrencies. The Blockchain Transparency Institute stated that BtcTurk is a top-25 exchange and boasts of $3.45 million worth trading volume on a daily basis. 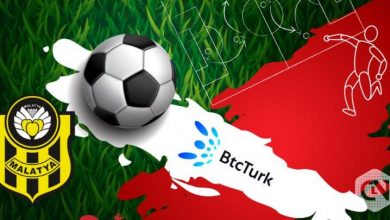