The bearish market has heavily impacted the prices of crypto assets. But, the inventions and executions of path-breaking ideas in blockchain technology are on the peak. After foraying into many industries, blockchain will be seen in the automobile industry.

A non-profit cryptocurrency startup, the Fusion Foundation is partnering with the Automotive eXchange Platform (AXP) to handle the operations of the 10 Million used cars using a blockchain. The collaboration plans to compile Fusion’s blockchain platform while digitizing AXP’s current database of 10.5 million cars. The digitization will help the system to track and audit these automobiles correctly when required.

“There’s a million vehicles on the road that have ‘washed’ titles, which means there is fraud there. The insurance industry is hit with billions in fraud because of missing information, drivers providing the wrong information and inaccurate reporting.”

‘The first step in the partnership is digitizing AXP’s current database of 10.5 million automobiles. This aggregated data enables information tracking, access, auditing and the industry transformation to a transparent and trustworthy paperless system.’ ? https://t.co/s0ShH61iVu pic.twitter.com/0g7rmErLuA

AXP network serves to around 25,000 car dealers in the United States. Kane stated that they chose the Fusion protocol for their solution because of its unique integration and interoperability features. Kane added that the AXP network also deals with counterparties in finance and loan origination. Further, John Liu, chief product officer at the Singapore-based Fusion Foundation said that the pilot project which is now under development can reach to state-based government agencies along with the Department of Motor Vehicles (DMV). The system is designed to have the capacity to manage $60m–$100m of car financing loans, according to Liu. Notably, the system will be launched in the first half of this year.

“We are thrilled to be working with Max and his team on their mission to fight fraud, increase data transparency and provide customers and dealers with easier, affordable access to financing. AXP’s extensive experience in the industry combined with their current database of more than 10.5 million vehicles and 305,000 registered car buyers give me great confidence that Max’s mission can be realized.” 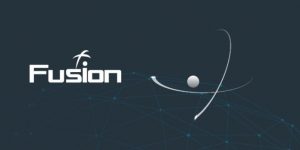 Fusion is a firm which had generated $40 million in its Initial Coin Offering (ICO) a year ago. It aims to create a viable financial infrastructure, by offering open source technology solution. On the other hand, the Automotive eXchange Platform operates as an automotive blockchain ecosystem which serves both private and government based organizations.

Horizen (ZEN) Trades at 0.2 Percent Against the U.S. Dollar