According to reports released last week, Ideanomics, a tech company based in the U.S.A. is partnering up with Asia-Pacific Model Electronic Port Network (APMEN) Trade Tech Company for advocating blockchain technology to launch supply chains solution.

Not long ago, we released reports on how the U.S. Navy is gearing up for blockchain association to cut back on costs and track the status of aircraft machinery development. The Navy wanted to use the technology potential of the platform and keep a ledger for the data rather than keep getting a manual update and handwork.

Looking at these new projects and the engaging of blockchain technology for causes more profitable than economic adoption, we see a major influence of such associations on the platform of the blockchain. In case of these supply chain solution network by APMEN visualizes a future where they can rely on blockchain technology to cut out the need of middlemen and workers from port clearance and management of shipping under the organization of Asia-Pacific Economic Cooperation’s (APEC’) online system. 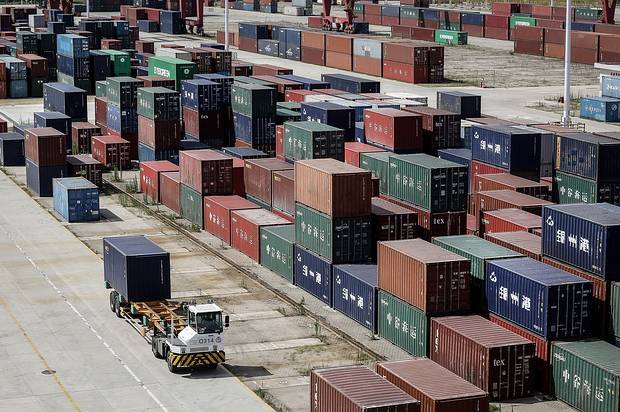 The blockchain is taking the world by storm, one by one acquiring its access according to the needs of major industrial and enterprises development sectors. The acquisition of blockchain assistance for upgrading a traditional supply chain development marks another notch in the continuum of bitcoin growth and trend. Blockchain will specifically help the upgrade by wiping out the need of handiwork in supply chain and instill technological support to make chores easier for major ports.

The initial start of this move will be marked by two major Chinese ports, Guangzhou and Shanghai, which are among the busiest ports of the world. It will be interesting to see what the blockchain application does in this sector of the economy and challenge the timing and precision of intermediaries through the help of technology.

The statements are detailing the upcoming of this project released by co-CEO and chairman of Ideanomics, Bruno Wu, at the press release of APMEN Tech Trade Co. and Ideanomics partnership. He says that they will be integrating business from several partners and establish a “risk-control model in cooperation with a single window to provide risk control services for regulatory authorities and enterprises.”

According to the press release, it states that Ideanomics is holding a 60% stake in this partnership and there are high chances of appearing at the unspecified Chinese stock exchange by the end of 2018. It looks like blockchain technologies are living up to the expectations of the public when it comes to acquisition and launching new solutions, but the results of such ventures are yet to come, and we are hoping for the best.