With more than $3.6 billion locked in smart contracts, 2020 is shaping up to be the breakthrough year for DeFi. DeFi is the notion that crypto entrepreneurs can build digital assets, protocols, and apps in a decentralized architecture, without being controlled by other companies or the government. DeFi is an ecosystem open to everyone, reducing the reliance on central authorities and intermediaries. DeFi projects such as Compound (COMP), Aave (LEND), Kyber Network (KNC), and Synthetix (SNX) are just some of the names that have reported impressive earnings and outperformed other cryptocurrencies in the past few months.

Until now, Ethereum has been the go-to platform for DeFi applications. However, as DeFi is growing in popularity and investment strategies are becoming more sophisticated, Ethereum is getting increasingly overcrowded, leading to unreasonable transaction fees. Ethereum is a general-purpose platform. It wasn’t explicitly designed for DeFi applications, and this is beginning to show in the first scalability issues. While Ethereum is fully aware of that and is working on switching from a single PoW blockchain to a multi-chain network based on PoS consensus, the process is ridden with technical challenges. By the most optimistic estimates, the transition should be ready in 2022, but, considering the current requirement for DeFi, that may be too little, too late. This leaves room for layer one alternatives to deliver specialized solutions targeted towards DeFi applications.

One alternative is Radix, a UK startup that builds a decentralized finance protocol for new financial apps to connect to. As the first layer one protocol specifically built to serve the rapidly growing decentralized finance industry, Radix focuses on the three drivers of DeFi growth: access, liquidity, and choice. Based on the Cerberus BFT algorithm, the Radix DeFi protocol is scalable, secure, and community-driven. It aims to provide “frictionless access, liquidity, and programmability of any asset in the world.” According to Radix, the protocol has already overcome Ethereum’s scalability issue and achieved over 1M transactions/second, in a public test last year (that’s five times more than Nasdaq at its busiest).

Radix is not a complete alternative to Ethereum because it’s not a general-purpose platform. It was designed from the ground up to fit the needs of the DeFi ecosystem. According to CEO Piers Ridyard:

The first drop of the Radix Public Network 1 (RPN-1) was released in May, implementing basic blockchain functionality. In the future, this will become the Radix mainnet, and with the 2nd

drop, new validators can register. In the 3rd drop, Radix will finalize fees and rewards, release a Desktop wallet, and integrate exchanges. In the 4th drop, block explorer and token vesting functionalities will be released.

Dan Hughes, Radix CTO, started working on the Cerberus BFT algorithm in 2013, after designing and co-building T-Mobile’s 1st mobile internet platform, as well as IP now found in NFC technology. He was later joined by CEO Piers Ridyard, best known for his blockchain-based insurance deals, and CPO Albert Castellana, one of the founding council members of NEM.

Hinrikus (co-founder of TransferWise), XSquared, and Maven 11. Radix has also ended its 1st collaboration with ExpoLabs, who will help them develop a fast and secure transaction protocol, and Copper.co, who will be the custodial partner and will distribute the tokens.

Copper may prove to be an especially valuable partner, as Radix has recently announced that they will be jointly working on a token wrapping service. It can instantly bring a wide range of digital assets onto the Radix network, thus bridging Radix with other existing blockchains.

You can send any supported asset to Coppers wrapping address and specify which address on the Radix network shall receive the wrapped tokens. These wrapped tokens can then be used freely on the DApps within the Radix ecosystem, while Copper takes the original asset into secure custody, from which it can be unwrapped again at any time.

Furthermore, Radix pioneers the incentivization of open source development through its Developer Royalties System. Rather than setting up a finite pool of funds to reward contributors, developers who add components to the Radix ecosystem may set a royalty fee, which is incurred every time their components are used. This self-incentivizing system ensures ongoing on-chain development.

By focusing entirely on the needs of DeFi applications, Radix lowers the barriers to adoption, making it easier for developers to build DeFi solutions. On the user’s side, we should see higher speeds and the ability to swap between asset types without relying on cash. 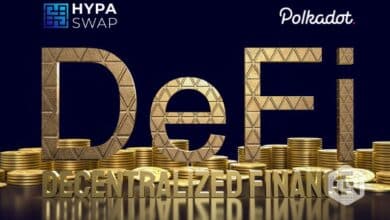