The decentralized application store Status helps you move around over 1700 dApps operating on the blockchain platform of Ethereum. The app store is very much similar to the Google Play store. Blockchain technology, which acts as a link between social platform and media center, includes peer-to-peer payments and messaging. SNT is the native token of Status.

Since Ethereum blockchain has 1700+ dApps on its platform, it becomes difficult to navigate through them. Status here works as an app store for Ethereum-powered dApps. Through the medium of Status, it becomes possible for users to explore and utilize decentralized applications seamlessly such as Firstblood, Augur, and SingularDTV.

In addition, the platform also offers a messaging application that lets you request and sends ETH as well. However, there is a lot of scope for further development is currently, the app supports only text messages while picture and video support are awaited eagerly by the community of its 10,000 users.

The Status ICO was launched in 2017, in the month of June by Swiss founding duo Jarrad Hope and Carl Bennetts. They successfully raised approximately 100 million dollars in ETH for the project. Does Status qualify of being referred to as the upcoming major blockchain technology? Will it become another overestimated cryptocurrency project that would find it difficult to generate appropriate ROI?

To understand things better, let’s first have an insight on SNTs along with its market capitalization and token price.

The SNT team has kept a certain supply, out of which the core development team holds 50% SNT tokens, security guys have 15%, legal team and marketing group hold 10% each, and the founders hold the remaining.

SNT also makes its token holders eligible for Status network’s voting rights. To determine the voting power of the holder, the crypto has to undergo conversion into a decision token on the ratio of 1:1. Once done, the holder can take part in the discussions on the network. 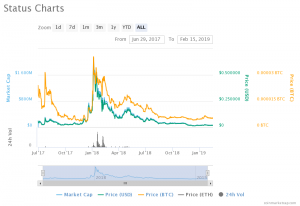 Status Hardwallet, an open-source wallet that stores SNT, is also supported by the NFC. Apart from Hardwallet, it is possible to store SNTs in any wallet that is compatible with ERC-20.

In spite of not being mineable, there are ways for you to earn official rewards through the open bounty program. All you need to do to earn these rewards is contribute to the community of Status through your pieces of development. There were about 147 of such bounties present till July 17th of the past year, and it seems to be the best way to keep people in the community actively engaged.

Though the SNT tokens do not yet have a huge base of users, these tokens have successfully carved a niche in the dynamic crypto market. The fact that SNTs are available for trading on major exchange platforms, such as Ethfinex, OKEx, Binance, Upbit, Huobi, and Bittrex, more or less proves its acceptance.

The Essential Information You Must Know :

If you have checked out the Status network’s mobile app or website, you must have noticed that the network introduces itself as an operating system. That piece of information is false as it is NOT an OS but just an application that smoothly runs on both the iOS and Android platform.

On the other hand, its whitepaper describes it as the next-gen socio-economic network or advanced social network. It further regards itself as a web 3.0 browser and a messaging platform that is open-source which utilizes the protocol Whisper V5 for node delegation and decentralized chats.

Furthermore, you can find plenty of Ethereum decentralized apps working smoothly on the Status app. Some of these dApps include the following:

With a business model that can be called freemium, Status is a rare tangible crypto project. Freemium models are popular, especially on mobiles. Moreover, features like messaging, push notifications, moderation of group chats along with claiming for usernames come under microtransactions, all of which are priced in SNT.

The app as of now is not labeling the in-app microtransactions. Additionally, it is enlisted under the free category minus any in-app purchase, on both the Play store and App store. It seems the app is smartly bypassing companies’ rules which are running the OS as well as the government’s regulations for customer protection.

There wouldn’t have been such problems if Status had been an OS. But that would have created compatibility issues with iOS and Android-operated devices, causing device risks. Moreover, it would have required to be developed in the sink with the mobile carriers.

To conclude, we can say that Status seems to have brighter prospects than other ordinary crypto projects. But to lead from the front, it has a long road to improvement.

The Holy Trinity Of Crypto 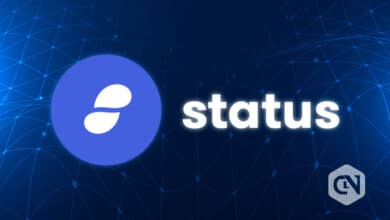