Experts have touted Blockchain interoperability as the “holy grail” for Blockchain adoption. Interoperability, or the ability of different Blockchains to communicate and exchange data with one another, is a crucial step in unlocking the trillion-dollar potential of the Blockchain industry by reducing operational costs and enabling a new wave of decentralized applications and services.

While diverse Blockchain ecosystems have emerged with varying approaches to achieving this, interoperability remains a complex and challenging task. Most current solutions come with costly trade-offs, including useability and security.

“Blockchain technology has been a core element of the so-called “digital revolution” for the last ten years. [But] as more solutions are beginning to rely on Blockchain technology, it is becoming increasingly evident that the evolution of this technology is being held back by the lack of interoperability across Blockchain solutions,” The World Bank.

Though interoperability is a technological solution, it can help unite crypto’s notoriously tribalistic culture. When Blockchains don’t work together, people don’t work together. The Blockchain space is in deep need of a solution that binds the many disparate parts of this emerging ecosystem in a way that fosters collaboration.

Interoperability proposes that the sum is more potent than individual parts and that decentralization doesn’t require disorganization. If the crypto community wants to become a place for coalition rather than opposition, practical solutions to the yet-unsolved interoperability issue must come forward.

One such potential solution that recently caught our eye is UniLayer: a layer-1 Blockchain proposing a different answer to interoperability.

Though crypto enthusiasts will likely be familiar with long-standing protocols like Cosmos and Polkadot, the Blockchain space welcomes a new generation of interoperability solutions. One of these emerging players is UniLayer, a layer-1 (L1) Blockchain that can natively integrate with any other type of Blockchain. UniLayer embeds nodes inside every host chain, enabling a one-of-a-kind interoperability solution that transfers data and assets across independent chains without oracles or complex backend systems.

This approach is made possible with UniLayer’s Cross-Chain Transport Control Protocol (“CTCP”, modeled on TCP/IP), which acts as a universal data bus to package and move data between Blockchains. Let’s take a peek under the hood of CTCP to understand what makes it unique (fair warning: things get pretty technical below!).

CTCP uses three types of masternodes: Collators, Validators, and Mixed Type. Collators gather and package cross-chain transactions; Validators verify transactions and record new blocks to UniLayer’s ledger, and Mixed Type nodes combine the features of both. Since UniLayer’s masternodes act as native nodes for connected networks, data and assets can seamlessly move from one chain to the next.

One of the advantages of using platforms where cryptographic authentication is naturally baked into every operation is that we can provide much tighter and more secure coupling between platforms than previously existing systems.

“We can go far beyond the approach most common in centralized systems of simply having an API from one chain to the other, and in some cases even go so far as to have smart contract code on one chain verify the consensus finality of events on other chains directly, requiring no trust in intermediaries at all.” Said by Vitalik Buterin!

UniLayer’s ability to integrate with any other type of chain or layer (L0, L1, and L2) natively gives the platform several advantages over existing solutions. These improvements include UniLayer’s ability to access and validate the complete block history of connected chains and record every new block. Unlike other interoperability protocols that only communicate with a prewritten list of addresses, UniLayer can interact with any smart contract address on a partner network.

UniLayer’s native integration also allows for the secure transfer of digital property like NFTs across different Blockchains while guaranteeing a record of provenance and non-fungibility – a feature not currently available in the Blockchain space. Additionally, with UniLayer, decentralized applications can access liquidity across multiple networks for seamless cross-chain swaps and arbitrage.

For developers, UniLayer employs the Ethereum Foundation’s EVM and a versatile SDK with multiple programming languages. Developers can code DApps in their language of choice and leverage the strengths of different chains. For example, DApps can use Bitcoin’s security to settle transactions, Fantom’s high-throughput for data processing, and Solana’s ecosystem for yield harvesting. This degree of interoperability opens new possibilities for decentralized applications in DeFi, Web3, the metaverse, and beyond.

What does this mean? It means applications running on the Blockchain are no longer hampered by the limitations of one network. Developers can plug-and-play different features to create more powerful, secure, and user-friendly applications. UniLayer aims to open doors to a new world of applications and use-cases, empowering the next wave of Blockchain developers with tools to innovate. Will the UniLayer team be able to deliver? Only time will tell, but the technology looks very promising so far.

A New Generation of Blockchain Development

Who is the team behind UniLayer? Founded by a White Hat security team, UniLayer is the brainchild of experts in smart contract auditing, interoperability, and cross-chain solutions. The team has partnered with Smart State; a leading cybersecurity company focused on building a new generation of Blockchain protocols that are secure, interoperable, private, and scalable.

While UniLayer is not the first to propose a platform that connects different Blockchains, CTCP and cross-chain logic are game-changers in the current race to achieve Blockchain interoperability. UniLayer offers a first-of-its-kind approach that can integrate with every kind of Blockchain and layer. Crucially, UniLayer removes the need for developers to build multiple sets of smart contracts for each chain or use third-party protocols that limit decentralization and present security risks.

On a Mission to Integrate Every Chain

With UniLayer’s technology, mass adoption of Blockchain-based innovation can take off as cross-chain DApp development is made simple, affordable, and easy to use. UniLayer has the potential to solve some of Blockchain’s biggest interoperability problems and create exciting new possibilities for developers and users alike. The team behind the project has decades of experience building secure platforms and has attracted backing from some impressive partners. If the future of Blockchain is interoperability, UniLayer is quickly becoming a significant player in the monumental effort to connect distributed systems.

Their team recently closed its seed funding round and looks forward to the imminent release of UniLayer’s testnet and recently released light paper. After the launch of the UniLayer Foundation this summer, the team will focus on full Ethereum integration by the end of August, with a mainnet launch set for October 2022. Over the next two years, UniLayer will integrate with many other leading Blockchains, including Polkadot, Solana, and NEAR.

Our team will continue to monitor UniLayer’s progress – notably the launch of its testnet – but for now, it is certainly one of the more exciting and unique solutions in the Blockchain interoperability space.

Chiliz Consolidates After the Fall; Will CHZ Price Move Up? 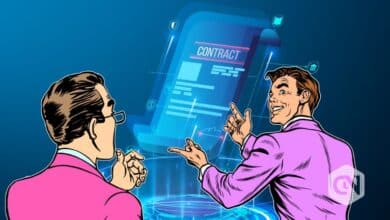 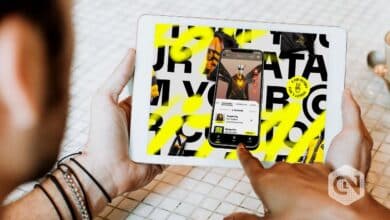