Upbit, a cryptocurrency exchange based out in Korea has revealed its plans to stop supporting trade in 5 cryptocurrencies, that includes some major privacy coins, announced in a notice that was made public on September 20th.

Upbit said that the exchange is to delist and stop trading in Monero (XMR), ZCash (ZEC), DASH, Haven (XHV), PIVX and BitTube (TUBE) by the 30th of September.

This implies that there will not be any deposits in these cryptocurrency formats; moreover, any pending orders linked to Korean cryptocurrencies will also be ceased in Korea’s major markets of Bitcoin, Ether, and USDT.

Upbit also has a reason to delist the 6 privacy coins; they said this decision was a part of larger plan to eliminate the possibilities of frauds, money laundering, thefts in the markets through external links in the network.

Upbit published a blog on its official site that said crypto crimes and the probability of inflows through privacy coins in the exchange are some of the major reasons to delist.

There are also crypto-assets that can selectively utilize anonymity features among projects that are subject to the end of transaction support. For this crypto-asset, Upbit has only supported transparent withdrawal/deposit support.

Nevertheless, the decision to end trading support for the crypto asset was also made to block the possibility of money laundering and inflow from external networks. Upbit will continue to consider crypto-asset that represent anonymity functions as candidates for the designation of investment warning crypto-asset.

The announcement followed the news of the removal of 5 prominent altcoins due to regulation issues by South Korean cryptocurrency exchange, namely, OKEx, OKEx Korea.

OKEx Korea said that it is to stop supporting the trading in Monero, Zcash, Horizen (ZEN), DASH and Super Bitcoin (SBTC) by the October 10th. The main intentions being the privacy protection of their assets, since the altcoins did not comply with new guidelines and laws laid down by the governing body, FATF, the Financial Action Task Force. It is an intergovernmental committee set up in 1989 during the G7 initiative to create policies that aid combating money laundering. Though it isn’t compulsory for countries to abide by their suggestions, it will surely see the nations that don’t, lay on a trading blacklist.

The dynamic landscape of cryptocurrency needs crypto trading rules that can ask businesses to authenticate the parties that are involved in a transaction that is more than $1,000. Over 200 nations have to implement the guidelines by June 2020, in light of concerns of infeasibility in implementation of such a move for numerous decentralized blockchains.

The delistings also have been linked to flailing prices of privacy coin. Messari indicated a drop of more than half of the Zcash’s prices since July 1st, and a similar situation was for monero, which was low by 20% during the same time.

Yet, delistings and fluctuations in price haven’t pulled down the development of privacy coins. Last month, Electric Coin Company, Zcash launch Halo, a zk-SNARK that can validate an entire block in the blockchain in one proof.

VeChain Records Significant Hike of 13% Since the Last Week 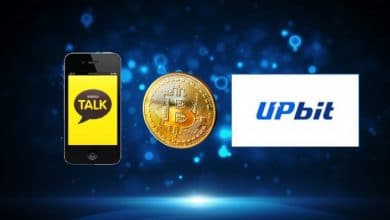