The world of cryptocurrency is as lucrative as its whopping amounts of profits. Despite being under the scrutiny since its inception, it still has managed to grab eyeballs of the notable financial spearheads.

Every day marks the onset of something new in the digital currency space as the platforms try unique efforts to induce investors. One such interesting campaign was initiated by Uphold, a cloud-based financial service provider that deals in cryptocurrencies, to attract customers by offering them free-of-cost rewards.

The one of a kind cryptocurrency, Cardano, is the latest addition to Uphold’s 15-days Crypto Countdown Challenge.

We’re excited to start another week of #15daysofcrypto by announcing #Cardano is LIVE on #Uphold! We’re celebrating with 24-hours of ZERO EXCHANGE FEES for buys on $ADA.

Learn more and submit your guess for tomorrow at https://t.co/eCDqU3ukje.@CardanoStiftung @cardano pic.twitter.com/ZhPnH71jtr

What is the 15-Day Crypto Countdown Challenge?

The platform made it official that it will be listing 15 new and popular digital currencies on its network, one on each weekday for the next three weeks span. The crypto countdown challenge asks the interested investors to guess the next currency to be listed on the platform and earn cryptocurrency coins worth $50 every day for three weeks.

However, the $50 coins will only be given to the first ten verified users who guessed the following day’s currency correctly. The winner of the challenge will be revealed by Uphold at the end of the 15-days crypto countdown challenge.

The platform will add the new currency at 3 PM UTC every day during the countdown challenge.

Cardano- The Not So Usual Cryptocurrency

Cardano (ADA) the decentralized platform made its debut in the cryptocurrency arena in September 2017. It is the brainwork of Blockchain Development Output Hong Kong (IOHK).

Since its inception, it has earned a lot of attention from the investors who count on it as a potential currency. Users can purchase or trade ADA coins in exchanges like Binance or Bittrex and store the cons in Daedalus wallets.

Binance Announces the Acquisition of JEX, a Crypto-asset Trading Platform 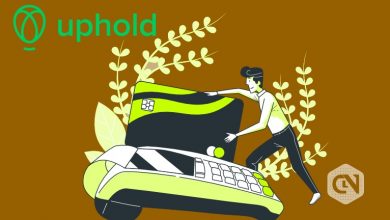