VET token is finally on its way to reclaiming its previous consolidation level after falling steeply to the $0.08 level breaking its immediate support levels. The selling pressure was so strong that it didn’t consider the 200 Days moving average as a support level. After getting stuck around the 200 DMA level, it breached and fell straight down from $0.12 to $0.08.

VeChain Thor is a relative domain-changing cryptocurrency attempting to revolutionize the supply chain industry with modern solutions. Adding a new layer of transparency on top of the existing efficacy of the supply chain. At present, the VET token is worth close to $7.3 billion, with a total circulating supply of 64 billion coins.

The recent jump from its immediate support level has helped mark a gain of above 30% in a limited time frame of just seven days. The emergency of a positive bias can be witnessed these days, and this sentiment can help VET breach the 200 DMA resistance of $0.1196.

VeChain shows a positive movement in the last one week after three weeks of one-sided fall. 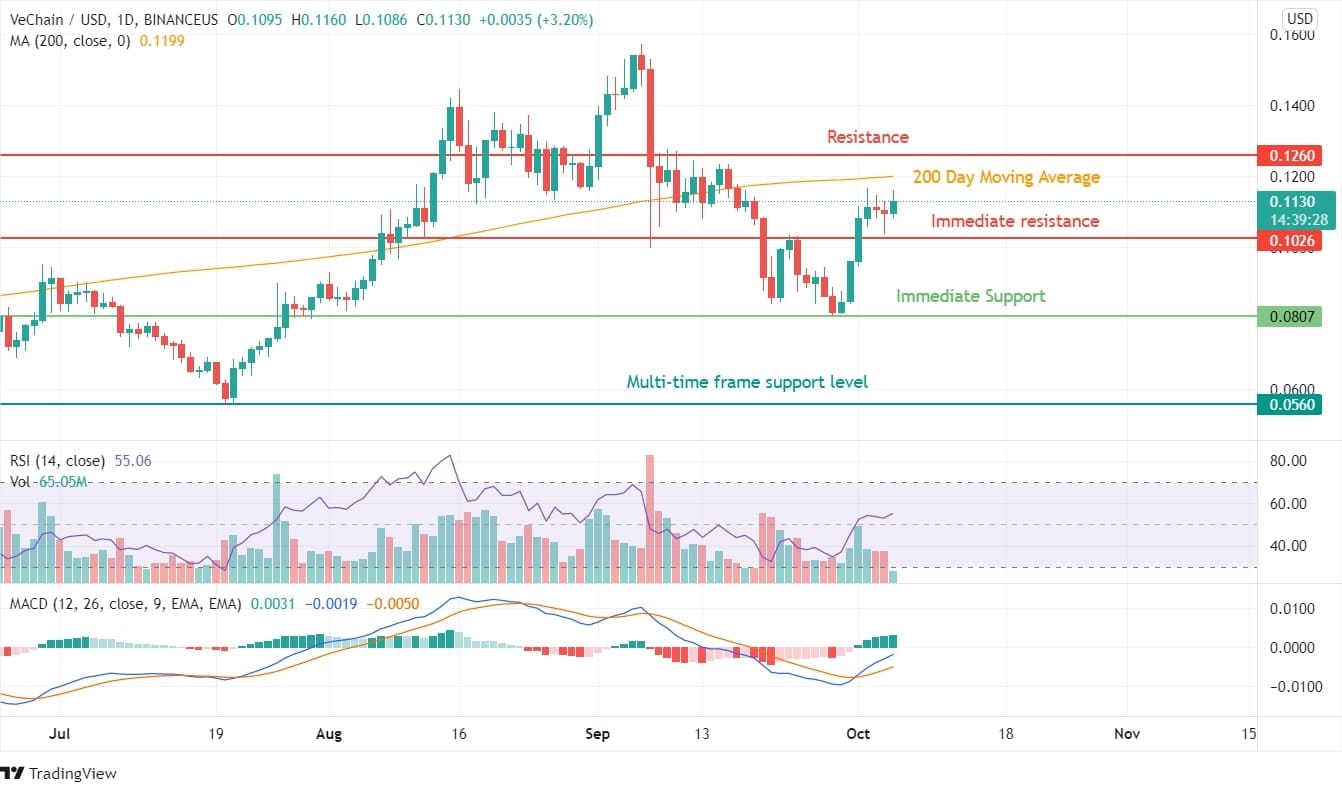 VET token has shown a big up move at a make or break level, which carried a higher probability of continued fall as per the mounting selling pressure over the last three weeks. The rise of value has also been reflected in the RSI level and MACD indicator. As a result of a solid up move of close to 30%, the Strength Index for VeChain has reached 56 with consistent trading volumes.

The MACD indicator has already given a signal for golden crossover, indicating the uptrend to gain momentum in the coming days. Closing of VET value above the 200 DMA could signal a fresh round of buying capable of taking this token beyond the previous levels. The immediate resistance of $0.1026 was tested before the present green movement, highlighting this momentum’s strength. For now, the resistance of the VET token has moved a little higher at the 200 DMA and $0.1260 level. 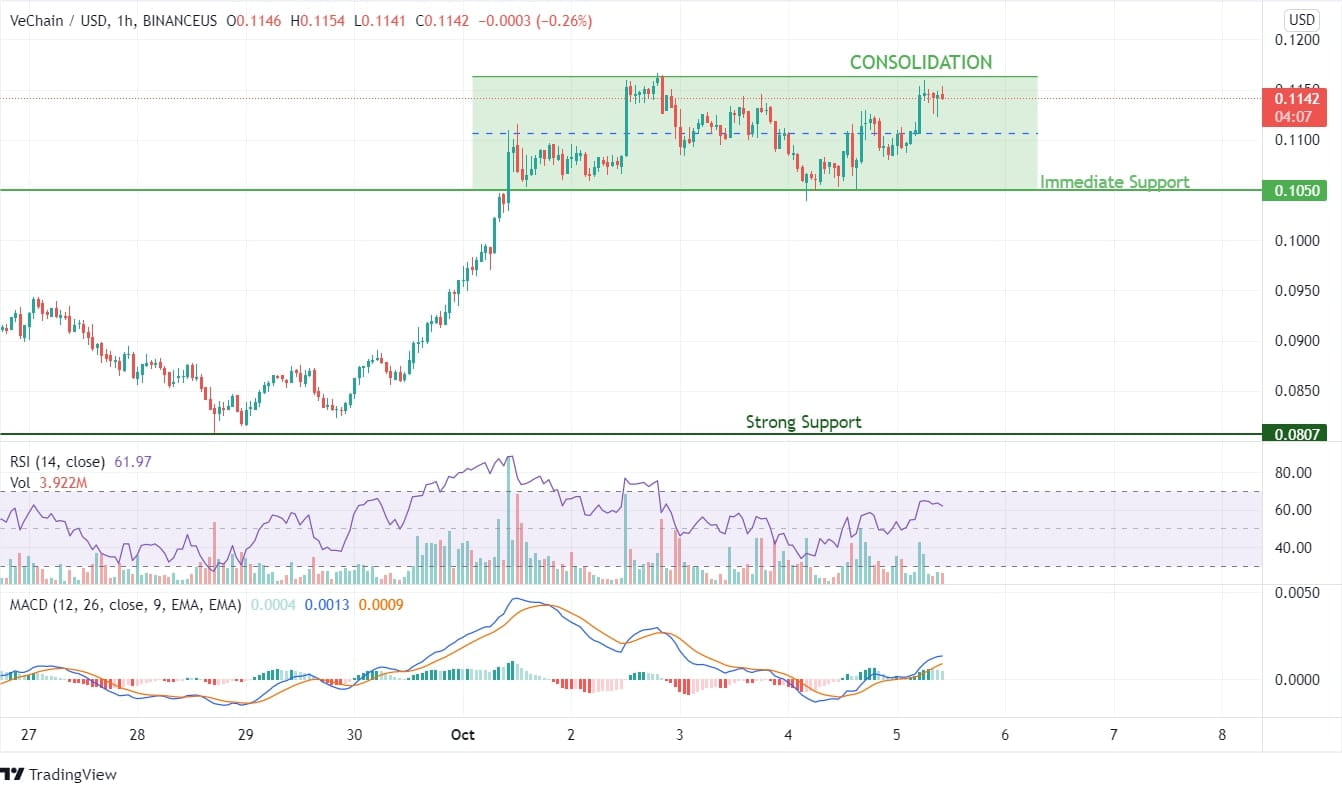 VeChain looks much stronger on hourly charts. Since the first day of October, the price action has been similar to that of a consolidative movement with a lower limit of $0.1050 and an upper limit of $0.1165. VET has so far attempted twice to breach the upper limit and become trending again. Breaking this level will further allow the VET token to take an attempt for 200 DMA levels. Any retracement from the currently traded value of $0.1144 will face strong support at $0.0947 as per VeChain price prediction. 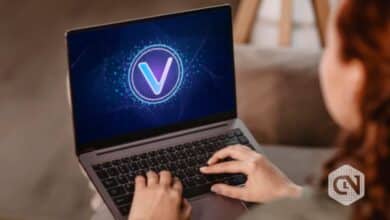 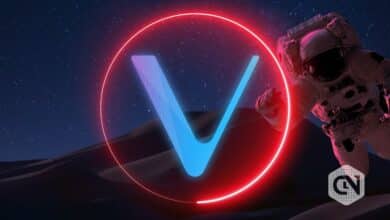 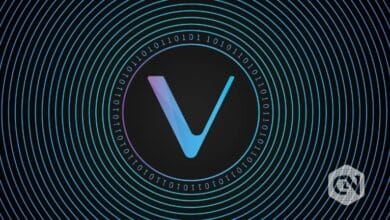 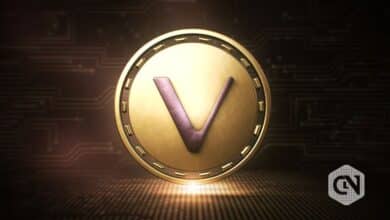