In a recent interview, the COO of VeChain Foundation, Kevin Feng, elaborated on the future roadmap regarding the scalability problem of VeChain, according to the latest VeChain News. VeChain built a lot of use cases while working directly with large companies till now, but their next step is to release a toolchain for enterprise clients.

The declining trend in VeChain has stabilized a bit. As per past data and analysis, the VET price might cross its 30-Day high value of 0.006413 in few weeks. As of now, the immediate resistance for the coin is at 0.0048 USD, and the support level is at 0.00445 USD.

Surpassing the declining trend of more than two weeks, the VET coin has shown some recovery. And the latest comment by Kevin Feng cleared the cloud regarding the future of the VeChain. But for now, the long-term investment might be helpful to gain considerable profits.

Bitcoin Cash Price Analysis: BCH back in the Game, Seems Stable at $315.90 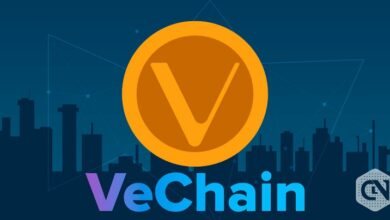