VeChain, at the time of penning down this article, was trading at $0.00533. The coin has been trading below $0.0060 for a week now and we believe that an uptrend is lacking momentum. However, if Bitcoin’s price would have receded even further, VET against USD would have marked a dense bottom.

Also, all the major altcoins are seen as having a tough face as they dig deeper falls as compared to Bitcoin. VeChain has also bottomed out after soaring as high as $0.0116 in the previous year.

If we analyze the VET/USD movement on Binance over the latter half of the previous year, we see that the coin marked a relaxed fall after rising in June. At the same time, BTC price was trading at $13,000, gaining all the attention of the investors. The major disappointment happened in the past 2 months when VeChain price soared to $0.00823 and then embarked on an ABC Elliot Correction Wave-like pattern. Currently, we foresee an Elliot Wave going up if the coin gains the right momentum to have a breakthrough.

If this happens to be the price trend formation, VET coin is likely to test the previous high. After having fell from $0.0055—the major support zone or buy zone, the coin has lacked short-term support from the 10-day and 50-day MA. However, the long-term, i.e., 100-day moving average at $0.0052, remains intact.

The technical indicators laid along with the daily movement of the VeChain, we see that the coin is slightly bearish due to the intraday move and the MACD runs below zero.

The RSI of the coin is at 44.46 and remains inclined to the oversold region to maintain the downtrend but withholds no trading extremities at present. Furthur to know more about Vechain Price Prediction visit our forecast pages. 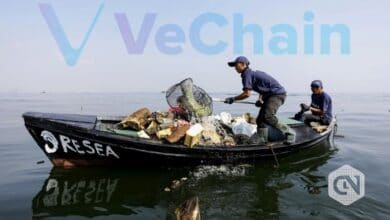