VeChain is a blockchain based platform that was developed to improve the day-to-day business operations and to track the actual time of various business processes and products. The major advantage of this platform is its tamper proof and distributed ledger technology, which gives complete transparency to its stakeholders. It gives an in and out view of all the necessary information linked to the product- like quality, authenticity, storage temperature, and the manufacturing facility and the complete end to end processes- like storage, transportation, and supply. Every small bit of information about the supply chain movement of a product can be recorded and verified, which brings about an ecosystem which is secure for all the consumers. This ecosystem is achieved via asset digitization. VeChain makes use of VeChain Identity (VID) technology, to mark and track a product, which is produced using the SHA256 hash function that generates a random hash value that corresponds to a VID. This VID is then written into Near Field Communication (NFC) tags, Quick respond code (QR) or Radio Frequency Identification tag (RFID), to be used on each product.

VeChain also supports authorization based digital ownership management – which means the ownership of products is represented digitally on the platform, which is done using smart contracts. 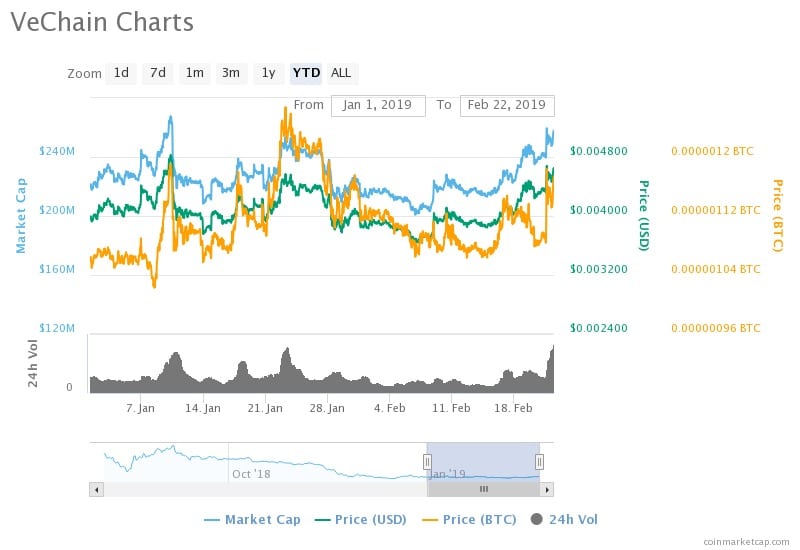 As per analysis from CoinMarketCap, VeChain’s (VET) is ranked 23rd largest cryptocurrency and its market cap value is $257,894,966 USD for the 24h Volume of $17,018,318 USD on February 22 at 10:44 UTC. This is based on the circulating supply of 55,454,734,800 VET out of a total supply of 86,712,634,466 VET. The current market value is relatively higher compared to its corresponding value on February 7th of 202,521,492. There have been a 27.34% hike from the past. Although moderate, the recent values show that the MCap values have been on a steady rise. The 20-day EMA also displays an uptrend on comparison with the present-day values. The differences between the values have progressed by 19.79 percentage. This rising value puts the digital currency on a bullish pressure.

The 14-day moving average shows the values going uphill from $211,773,293 on February 8th to the current value with a 21.78 percent increase. Both the averages moving uptrend give the bulls an upper hand. And, with bulls ruling the cryptocurrency’s market, it is investment time for the investors to get long term benefits. Traders can also take advantage of this rising market to earn a significant profit from their transactions. Investment from traders will increase the value of the cryptocurrency in the future.

Paris Blockchain Week Summit, the first international conference in France dedicated to the professionals of blockchain and crypto-assets

After Mobile Crypto and KYC Compliant Features, Will Electroneum (ETN) Surprise us further? 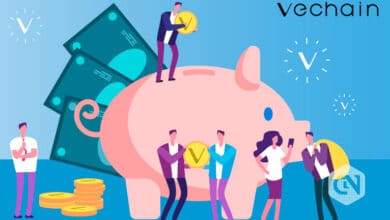 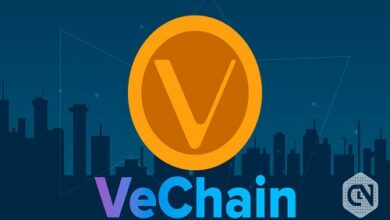 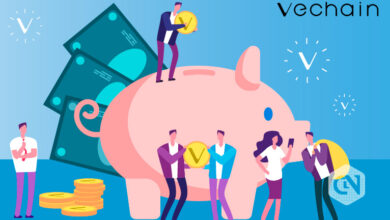 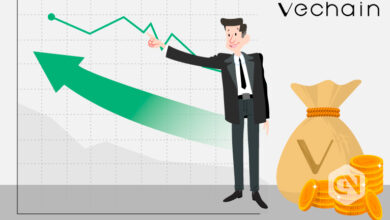