The new cryptocurrency of Venezuela is drawing immense criticism to its parts where it is rendered useless and not a right asset for the time being. But the government authorities are making sure that their plans remained unaffected and challenged the potential of the digital coin. The launch of a new digital asset might remain a confused stage, but the citizens are quite clear of their choices.

As a result, hundreds of Venezuelans are leaving the country and finding their home someplace else as they fear the consequences of a crisis-hit country and its government with every passing day. According to reports, almost 5000 citizens are leaving the city as their homeland government is ready to take immensely drastic measures to untie themselves of the increasing U.S. sanctions.

But the main concern for the government isn’t the mass expulsion but rather a widely adopted cryptocurrency of their own, and they have found to use this as an advantage. As per the new rules issued today, the citizens of Venezuela are demanded to get their passports in exchange for Petro payment. They will be applying for their travel documents to flee the changing city, and now they have to pay in crypto to do so. 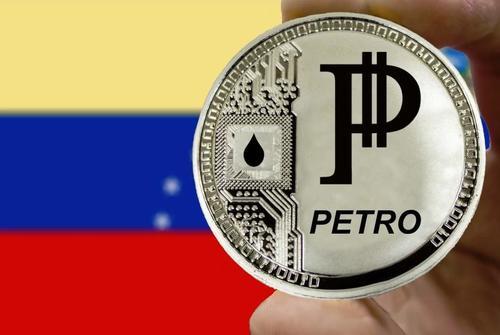 The new obstacle in the plans of leaving the country has increased the disappointment that the citizens already faced. Many authorities give the implementation step excuse as an expectation that a government-controlled cryptocurrency is in a way forming means to a tangible change. However, it is clear that not all citizens of the country seem to share the same sentiments when it comes to a new rule of mandatory demand.

It is clear that Venezuelan President Maduro and his administration are leaving no stone unturned in making sure that there are enough promotion and adoption of Petro cryptocurrency for its citizens. They see this as a means to free them from becoming the puppets of U.S. government rules and sanctions issued until now. But now they are making the citizens choose one way to get out of the crisis-stricken country by getting their travel documents only with Petro cryptocurrency.

Several market experts say that the reaction of country’s residents is normal and somehow the Petro won’t be a success that the government authorities are hoping it would be. Petro is a cryptocurrency sharing the same functions as more than 20,000 cryptocurrencies in the world. Moreover, the developer says that it backs by natural sources such as petroleum, gold, diamond, and silver which cannot be claimed if something goes wrong.

Maduro announced on the local news, “the Petro is now legalized as a national means of exchange, so it must be allowed and promoted to sell houses, to pay hotel rates and international airfare tickets.” If the citizens want to get a new passport, it will cost two Petros, and it charges one Petro for renewing the expiration date. Reportedly, the new charges are to go live from next month.