One of the members of the Venezuelan National Constituent Assembly has reportedly exposed that the assembly is developing a reform of the country’s Constitution that comprises of a central bank for cryptocurrencies. This ensures the Venezuelan government’s new effort to tie the new Bolivar currency to the petro.

Hermann Escarra, one of the members of Venezuela’s National Constituent Assembly has disclosed the assembly’s idea for cryptocurrencies in an interview with Reuters in Caracas on Thursday. He proclaimed:

The National Constituent Assembly of Venezuela…is developing a reform to the Constitution that would comprise a central bank for crypto-assets and a superior court to the Supreme Court of Justice.

Reiterating that the central bank will be integrated, he refined, “There will be the central bank with its functions in exchange, monetary and financial policy.” He also highlighted that as a part of the reform, “a court will be created that will be above the Supreme Court.”

In May 2017, Maduro named a constituent assembly to draft a new Venezuela Constitution to restore the 1999 Constitution of his predecessor, Hugo Chávez, The Constitutional Assembly elections were conducted on July 30th, 2017. While “The Assembly was controversial from the beginning, the opposition activists accusing it as an unconstitutional while its supporters argued it could bring peace to the polarized South American nation”, the BBC elaborated.

Escarra additionally elaborated:
The reform is anticipated to include the petro, a cryptocurrency declared by the government of President Nicolás Maduro in February as a way to enhance its foreign exchange earnings, in the midst of the economic crisis and the sanctions imposed by the United States.

Before few months, the Venezuelan government released a cryptocurrency known as petro which Maduro ensured to be the cryptocurrency backed up by country’s oil reserves. While the petro has faced a lot of controversies related to its electronic currency, along with how much money it has obtained, aren’t supported by any evidence. Moreover, “Cryptocurrency specialists have stated the petro suffers from very low credibility because of very low confidence in Maduro’s government and the mismanagement of the country’s existing national currency,” Reuters described. 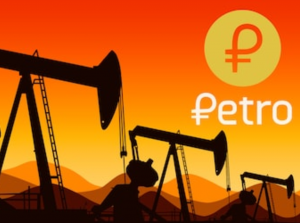 In June 2018, the Maduro government discharged the country’s Superintendent of Cryptocurrencies, Carlos Vargas, who was in charge of advertising and selling the petro. He was replaced by Joselit Ramírez. Víctor Álvare, an Economist stated El Nacional publication that “The measure is due to the fact that Superintendent Carlos Vargas failed to sell the cryptocurrency.” He further said that the measure is a disclosure that the objectives, goals, and expectations of acquiring 5 billion dollars from the petro were not met, a matter which practically faded from the official disclosure.

Before few days, Maduro declared the country’s new currency, the Sovereign Bolivar which will be linked to the petro. As per reports, the new bolivar will be launched on August 20.