Verge or XVG gets less fluctuated compared to other cryptocurrencies in this volatile market. XVG focuses on complete anonymity and privacy for its users. It is virtually untraceable, and one can make instant, anonymous transactions on its platform. It is an advanced blockchain technology designed for everyday use. It is based on Bitcoin blockchain and is aimed to provide businesses and individuals with the faster, efficient and decentralized mode of transactions while maintaining personal privacy of its users. 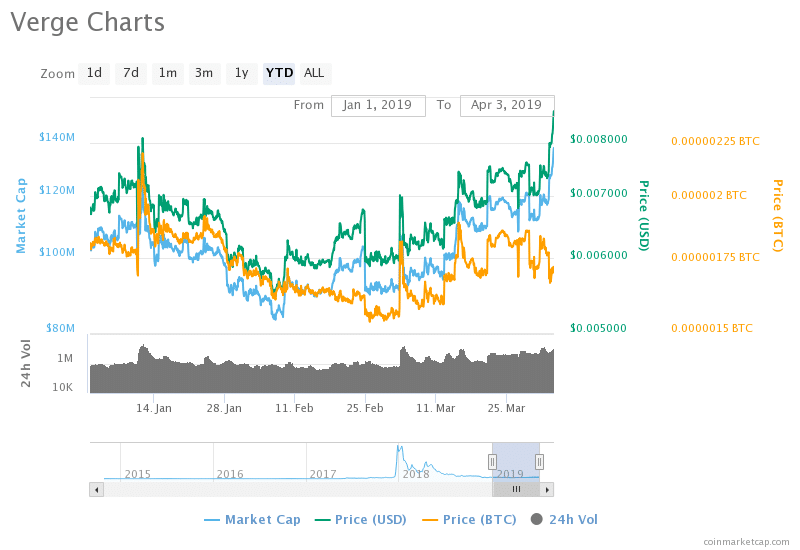 With the BlackPaper Version 5.0, a new outlook has been given to Verge at the beginning of this year. The paper has all the highlights of the plans of the XVG network and details of its security features like I2P and TOR integrations. It also overcame the destructive loss of its previous year. It collaborated with an adult content site and this put some fortunes into this coin. Currently, their iOS app is in the public domain for testing and developments, and it is expected that it will be launched before the end of April 2019. Alpha version of the 5th XVG codebase is now available to its developers who can take care of the security issues of this network.

XVG had serious issues in its network, and still many developments are going on so that it can attract more investors globally. As developments are yet to be launched, it is better to see how it performs after such updates, and then, it will be a good move to invest upon it accordingly.

IOTA (MIOTA) Price Analysis: IOTA’s Growth May End It Up at As High As 1 USD