Verge (XVG) is privacy-centric cryptocurrency which ensures anonymous transactions and quick transaction confirmation times, which in turn increases the throughput. Verge’s major attraction is its open source and the involvement of its whole community, proving decentralization in every way. These facilities are brought in by the TOR browser that is used to mask the IP address, the I2P protocol that uses two separate tunnels for sending and receiving the information and finally the Wraith protocol, which is much more advanced, provides the user with a choice between public blockchain and private blockchain for their transaction. Verge uses PoW protocol, and the mining gear is in favor of both ASIC hardware and GPU based. 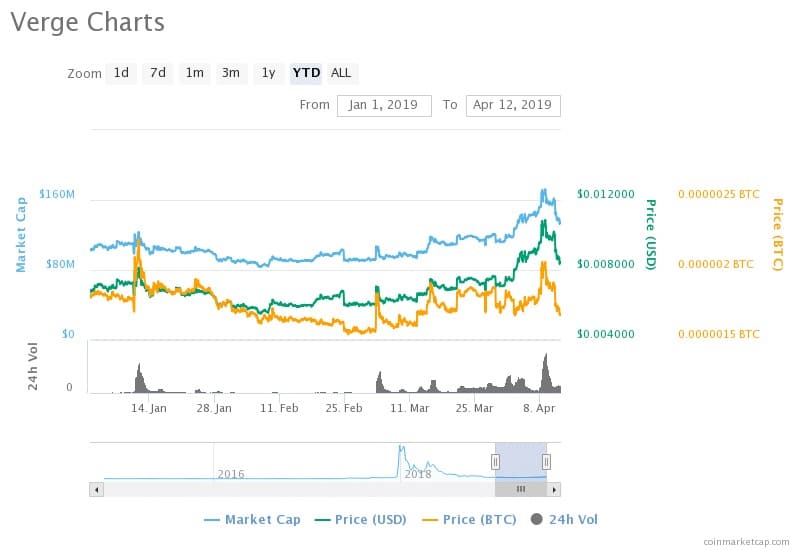 As per predictions, Verge would provide a good long term investment benefits for the investors. However, the current market does not support either of the investment plans. The final quarter of 2019 would turn out highly beneficial once the values increase as estimated.