VinDAX, a Vietnam based cryptocurrency exchange, has reportedly been hacked and lost cryptos worth $500,000. On Friday, the VinDAX team confirmed the reports stating the breach occurred three days ago, i.e., on Tuesday, November 05.

VinDAX is a platform engaged in a newly launched token exchange on a smaller scale. The exchange hosted token sale regularly and was having a sale in blockchain project MyFie. As per reports, the firm lost funds via 23 cryptocurrencies. Regarding the attack, the admin was reluctant to proving any details; but said,

We have made a full recovery from this attack.

Surprisingly, this is the 7th crypto exchange hack of the year, losing a total of $1.39 Billion worth of assets. Big exchanges like Binance and Bithumb has also reported of being hacked. A noteworthy fact is, VinDAX recorded more than 390,000 visitors in the last month, and most of them were from India, reported web analytics firm SimilarWeb.

VinDAX seems to be assuring traders as it has been asking for funds form projects whose tokens have been hacked. In the e-mail to the project owners, the crypto exchange asked for a lending token or coin worth 30% to 100% of the stolen amount. 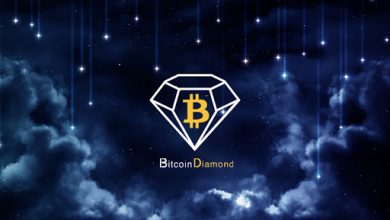 VinDax Offers Trading of Bitcoin Diamond on its Platform