The leading cryptocurrency exchange of Vietnam, VinDax has announced on Twitter that they have listed Bitcoin Diamond on their trading list. The trading for BDC/BTC and BCD/ETH has already started from 27th of April. The exchange has requested its users to start deposit BCD as preparation for trading.

Bitcoin Diamond was created after the hard fork of Bitcoin. The total store of BDC is set to 210 million by its developers which is ten times higher than Bitcoin. The BCD miners use POW algorithm for mining it. The privacy and protection policy of BCD is kept same as BTC.

The hard fork has resulted in bifurcation on the Bitcoin blockchain. The bifurcation has not tampered the original blockchain, but a new division was created and had given birth to new cryptocurrency Bitcoin Diamond.

https://t.co/U8vYeblOiO will open trading for BCD/BTC, BCD/ETH trading pairs at the beginning at 2019/04/27 6:00 AM (UTC). Users can now start depositing #BCD in preparation for trading. @BitcoinDiamond_

The hard fork occurred at block elevation 495866. The proof of work will deter an attack on the network. Transaction signature is segregated from the transaction on the blockchain. This will add a more significant number of trades on the system as a whole. It is the native currency of the internet and has fewer transaction fees and exchange rates compared to any fiat currency. To keep inflation under control, the developers have kept the supply of BCD limited.

The blockchain size of BCD is kept to 135GB and number of transactions is limited to 4.8 million each day. BCD has also adopted lightning network technology and SegWit like Bitcoin.

Trading is an integral part of human history; people have used shells, coins, jewellery and most recently fiat money for making transactions. Cryptocurrency has entered recently in the space. This decentralized currency can be accessed from any location and can keep inflation under control by its design.

Electroneum (ETN) Price Analysis: Will Electroneum Be Able To Sustain Its Popularity?

Bitcoin (BTC) Might Hit a Fresh Bottom of the Year, Before Going for a Bull Run 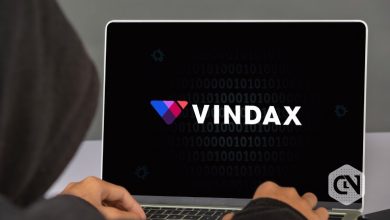