Vitalik Buterin is recognized for developing Bitcoin’s rival Ethereum. The Skinny visionary had delivered a speech at the Blockchain Futurist Conference. As indicated by Buterin, individuals need to realize that blockchain has changed from being ‘just about Bitcoin.’ He also stated that blockchain is a lot greater than Bitcoin and can form different versions.

The 25-year-old prime supporter of bitcoin rival Ethereum, Vitalik Buterin, is a leader in the cryptocurrency world. Recently, Fortune Magazine ranked him 22nd on its most recent ’40 under 40′ list. Vitalik Buterin revealed that the Ethereum blockchain is practically full. In a recent interview with The Star, on 19th August, he said the obstacle that is faced by big organizations who are interested in the Ethereum ecosystem is the problematic issue of blockchain’s scalability.

Regardless, Buterin’s obvious remarks were made because of his discussion of what he sees to be the most significant blockage to the adoption of cryptocurrencies worldwide. He stated that scalability is the most considerable blockage considering the Ethereum blockchain is nearly full.

Scalability is a big bottleneck because the Ethereum blockchain is almost full. If you’re a bigger organization, the calculus is that if we join, it will not only be more full, but we will be competing with everyone for transaction space. It’s already expensive, and it will be even five times more expensive because of us. There is pressure keeping people from joining, but improvements in scalability can do a lot in improving that.

He further noted that the improved scalability would bring down expenses somewhere around a factor of more than 100, he guaranteed. While the security is at some level renounced by such a move, the adjustment would be genuinely modest, in his words. Moreover, beyond technical advances and scalability improvements, Buterin noticed that the challenge lies in changing blockchain technology into something which will be used by the individuals.

Furthermore, Buterin explained his position in response to a proposition to execute the Bitcoin Lightning Network (LN) as an interface for Ethereum contracts to empower payments in Bitcoin instantaneously, at the same time setting off a series of events on Ethereum, or some other chain. In July, Buterin had described utilizing the Bitcoin Cash (BCH) blockchain as a time being scalability solution for the Ethereum network.

Buterin additionally explained that the Governments do have a regulatory role in the business. Regardless, there is a great deal that should be done to comprehend ICOs (Initial coin offering) with regards to the categorization of securities. 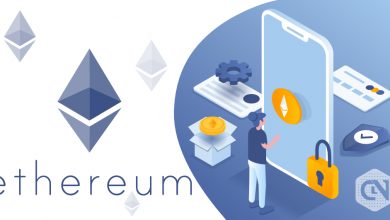