Retail behemoth Walmart has possibly been the most innovative company when it comes to traditional retail, and over the years, it has tried a wide a range of tactics to enhance its already impressive market dominance. Over the past decade or so, the company has also devised ways to tackle the threat posed by online e-commerce companies like Amazon. One of the most popular services that have been introduced by Walmart so far is ‘Delivery Unlimited’, by way of which customers pay $98 a year for all their grocery deliveries. By paying that fee, deliveries from Walmart Grocery would become far more affordable for customers since, on regular order, the company charges $9.99 for each delivery.

The program had initially been introduced as a trial in the cities of Tampa, Houston, Salt Lake City, and Miami. The company has so far received favorable feedback regarding the service and is now all set to expand the service across the United States. The initial stage of the expansion plan will include the introduction of ‘Delivery Unlimited’ subscription to 200 metro cities in which Walmart Grocery is already operating. That being said, the company expects that the coverage will soon extend to 1400 stores, and by the end of 2019, it could touch more than 1600. For regular customers, who shop from Walmart at least once a fortnight, the subscription fee helps save money. This helps Walmart in locking in a customer for the foreseeable future to a great extent.

Many of Walmart’s competitors have their own such subscriptions in place. Rival retail chain Target integrated Shipt on to its website and charges a subscription fee. On the other hand, there is Amazon Prime, which charges $199 a year for the subscription. Although Prime is the most expensive subscription, the company offers a host of extras in the subscription. Tom Ward, the Digital Operations Vice President at the company, stated,

We’ve been investing in our online grocery business by quickly expanding our Grocery Pickup and Delivery services. Delivery Unlimited is the next step in that journey.

He went on to state that the sheer size and the reach of Walmart coupled with such delivery services will make it possible for the retail chain to emerge as the easiest place to shop for a number of people. Once Walmart launches this service across the United States, the grocery delivery wars are going to commence in earnest.

KuCoin Celebrates its Second Birthday, a Few Days Post the Launch of Pool-X!

Walmart Pledges $4.8 Million towards Organizations That Work With Indian Farmers

Cryptocurrency Patent has been applied by Walmart, which has the Similarities of Facebook Project Libra 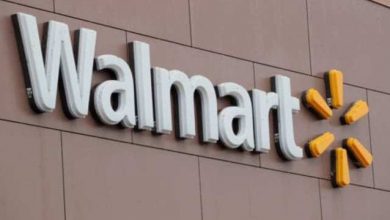