Waltonchain blends blockchain with IoT to make an administration system for supply chains. The venture is given a name after Charlie Walton, who was the creator of RFID technology. WIC makes use of RFID to track items throughout each step of productions and distribution.

The information related to everything is put away on a permanent blockchain that guarantees its precision and security regardless of where in the process it is. Waltonchain is appearing to be regaining its old glory and status in the market. The Korean government and ICT have given Waltonchain Blockchain Institute an honor.

As per a recent update, the support granted to the institution by the South Korean Ministry of Science and ICT has put the blockchain establishment as a newly elected Educational Organization of the Employment and Labor ministry of Korea for the year 2019. The new milestone in the institution’s journey would make the establishment render its public educational services to help job searchers in the nation.

Apart from this, the President of Walton Blockchain Institute has made a deal and signed an MoU with the Chairman of Korea FinTech Industry Association named K-FiNNeT. It was signed last month on 10th. Mr. Hong Jun Yeong will be helping to find and shape blockchain talent in the nation.

Leveraging the backing of the government association, Walton Blockchain Institute would now start to offer important assistance and support to venture, to new businesses in the nation, apart from arranging seminars, conferences, and job offering gatherings, among others.

The president of the institution said that thought the country lacks the necessary talent and the number of skilled blockchain developers, this association with the ministry would help in changing the picture.

Mr. Hong said in a comment that K-FiNNeT has been focusing on developing fintech and blockchain talent; the institution is glad to participate with Walton Blockchain Institute to build a strong base for developing high-level talent.

Where Will VeChain Deploy Its Forces?

OKEx to Delist Bitcoin Gold by the end of January

Zenlink Enters Into a Partnership With Plasm Network 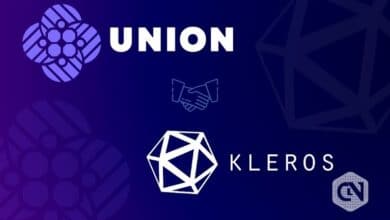