Social media continues to thump industries in profound ways. One such leading industry is cryptocurrency and blockchain technology. Much of cryptocurrency growth and popularity can be attributed to social media. Bitcoin, the pre-eminent coin in the market having a leading edge in the race of obtaining the apex point has spread its presence on every possible social media platform in order to dominate the portfolios of the investors.

This has led to the popularity and growth of the digital currency. This is nothing new to marketers. For example, Facebook is one of the most popular social ad choices to reach a large target audience.

In fact, Facebook is also considering cryptocurrency for business growth. “Facebook, with over two billion monthly active users, can basically drive the mass adoption of anything.”

Growing Impact of Facebook on Bitcoin and its existence: 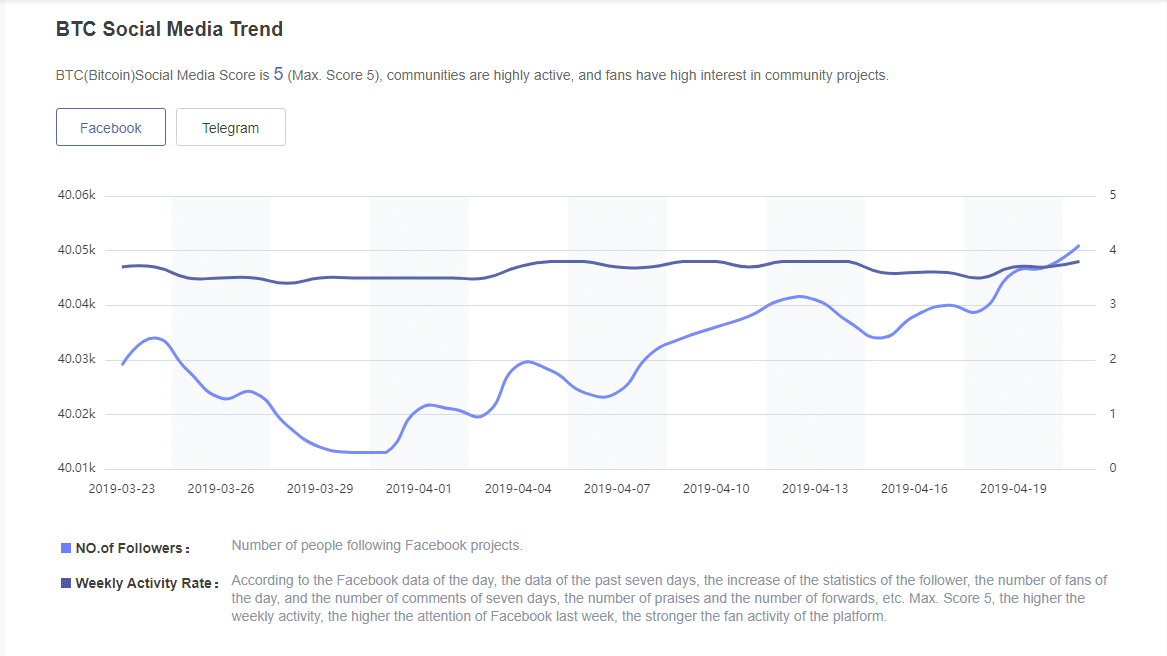 The above as per Bitcoin predictions and line graph movement shows that in the last one month it has been moving between 3.5 – 4.0, which is a commendable movement on the scale of 5. We see that by the end of March it had the least viewers ranging around 40,000 and as per today’s date we see that the daily activity on Facebook and the number of followers go hand in hand and collide which shows that Facebook brings a lot of footfall towards the awareness and potentiality of Bitcoin.

Will social media continue to influence the future of cryptocurrency and majorly Bitcoin?

This will happen for sure since social media influences just about everything. However, digital currency and blockchain technology have begun to make their own mark in the social space.

Steem (STEEM) Steps Up Beating The 30 Days Downtrend; A Surge In Price Is On The Cards

Encryption Techniques Used in Many Cryptocurrency Wallets are Designed to Provide Increased Levels of Security to its Users!