Waves—a platform that aims at forming a strategic ecosystem to amplify the transition towards decentralization, wherein an individual takes the command of its funds and assets.

Moreover, after having traded sideways, the coin regains the lost momentum and breaches a 2-year resistance above $4.5. WAVES, in the first half of the ongoing year, was seen holding a flattish trend against the US Dollar on the 24-hour chart.

The coin gives up the farfetched returns at the onset of the ongoing month when the market crashed in the intraday with a long bearish candlestick.

With the bearish correction, the price trend of Waves has breached the lower Bollinger Band, and alongside, the coin has lost approximately 55% in a period of 30 days. The other two technical, i.e., MACD chart and the RSI, anticipate the loss of gains drawing a bearish divergence on one while the other indicator slides towards the major support and lies at 40.13.

Waves Price Analysis: Waves On The Way For Its Bull Rally? 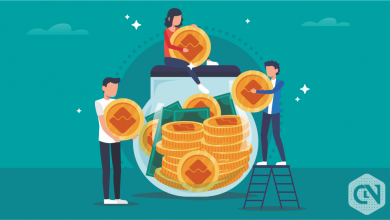 Waves Price Analysis: Will Wait and Watch Be the Mantra for Waves?