Waves is both a cryptocurrency and a proof of stake blockchain that fuels its own blockchain. With Waves platform, one can create custom tokens and can launch as their own digital currency. It is also possible with Waves to crowdfunding and decentralizes exchange because it lines with fiat currencies like EUR/CNY/USD right in the users’ wallets. 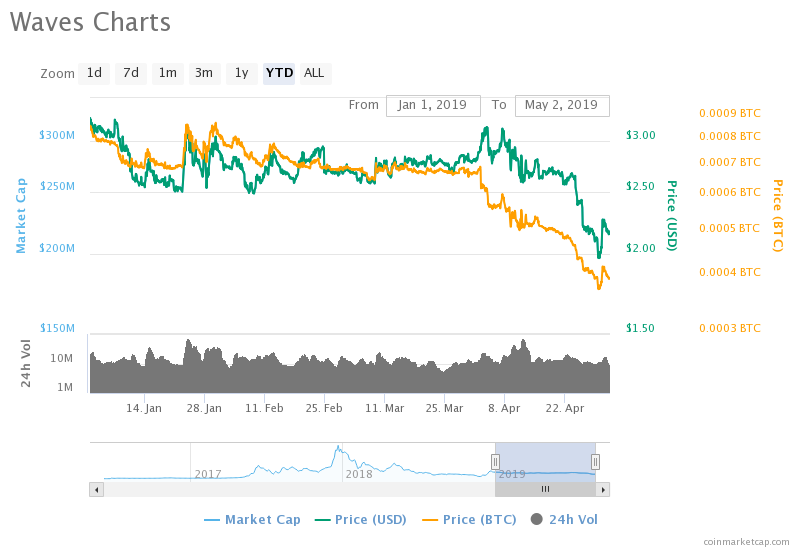 The following information is derived from the above ICX charts-

The same chart also showed that approx. 1 month earlier, waves had a trading value of 2.98 USD

Currently, waves have been performing really well as it launched a new protocol that can enable the WAVES community to rate and review tokens on its blockchain for a firm reliability and security purposes. It announced their new token rating system in their official blog post where it stated that Waves community members who have at least one Waves Community Token could create a collective score on the basis of the quality of the selected coin. This token rating system is already live on Waves’s platform, and the investors have already rated 5/5, so far the performance of this new system is concerned. The main idea behind its launch is that besides data providers like Better Tokens, the community will provide information regarding which tokens re reliable and safe to use.

This new token system is a great idea of this platform, and after its launch, Waves has already made so many new users. Although, it fluctuates with the market volatility but, if it continues to innovate like this, it can have a stable future. According to our Waves price prediction, WAVES can trade around $10 by the end of 2019.

Waves have done a fantastic job with this new token rating system. Its community members have been increasing since the inception of this new system. It can be considered as a good option for short term investment.

Nano (NANO) Price Prediction: How Much Worthy Is Nano Going To Be With Reduction Of Its Transaction Time?