Where on the one hand the world is progressing towards the adoption of digital currencies as the promising tools for lubricating finance and trade, the Indian subcontinent has somehow restrained itself from exploring the arena. The strict restrictions imposed by the topmost banking authority of India; the Reserve Bank of India has already pushed the future of cryptocurrencies into darkness.

Despite this unwelcoming approach towards the virtual currencies’ arena, there are still some people who are working tirelessly to strengthen the position of crypto in India. Nischal Shetty, the proud founder and CEO of India’s highly reputed bitcoin and crypto trading exchange, WazirX is one such person who has established himself as an ardent supporter of cryptocurrencies. His company, WazirX, has created the world’s first auto-matching P2P engine, which helps the customers in the conversion of fiat to crypto and vice versa in a reliable, cheaper, and quicker mode. Read more information, rating, reviews of WazirX here.

2. Hong Kong has invited Crypto exchanges to apply for licenses

Significant progress being made in Crypto Asia

Nischal has constantly been urging the Minister of Finance, Nirmala Sitharaman, and the honorable Prime Minister of India, Shri Narendra Modi, to legalize crypto-like other Asian countries through his Twitter posts. In one of the recent series of his tweets, the Indian entrepreneur stated that China is scrapping its plans to halt bitcoin mining operations in the country.

On November 6, it was reported that the National Development and Reform Commission (NDRC), the body which initially proposed to put bitcoin mining in the Catalog for Guiding Industry Restructuring, has removed the virtual currency mining activities from the concerned list. The new list of industries that are needed to be eliminated from the Chinese territory will be applicable from January 1, 2020, and will replace the current catalog published in 2011. China has always been at the forefront of lending support to cryptocurrencies. The People’s Bank of China has also announced the plans of the launch of a sovereign native digital currency soon. With the plans of the crypto launch, the country has become stringent about the legal obligations related to the virtual currency domain.

Nischal bragged about the recent efforts of Hong Kong to stabilize the position of crypto exchanges in the country. Apart from China, Hong Kong has also shown a keen interest in the digital currency space. A few days back, the news of the Securities and Futures Commission issuing licenses to crypto trading platforms created a lot of buzz in the market space. The SFC officials clarified that the crypto exchanges would not be governed by the regulations prescribed for securities and investment funds but a separate class of rules which are designed specifically for this sector. The legal framework shall include concepts like hot and cold wallets, forks, airdrops, etc.

In another tweet, WazirX leader bragged about the involvement of tech biggies in the crypto space. Microsoft recently broadcasted the news about the preview of Azure Blockchain Tokens as its first step into the blockchain technology. The solution allows users to speed-up the blockchain development process by offering an array of built-in templates along with a facility to create their templates as well. Nischal stated that India is lagging in the crypto field, where others are fast extracting the benefits of new-age technology and the profits earned by them.

Specifically aimed at companies to issue their own Crypto Assets

The rapid penetration of Crypto into big tech is amazing

Indian companies are losing out though

Nischal emphasized the lucrative merits of the cryptocurrency niche and the profits it is likely to offer once it gets legalized in India through his tweets with hashtag #IndiaWantsCrypto. He mentioned the crucial steps taken by other countries to explore the digital currency space and requested the Indian Prime Minister and Minister of Finance to ponder over the pros and cons and take the necessary steps to foster crypto trades in the country so that Indian firms too can stand at par with the global entities. 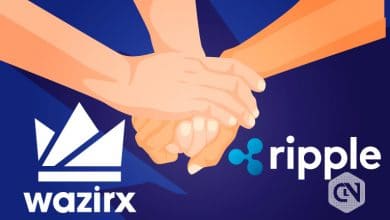 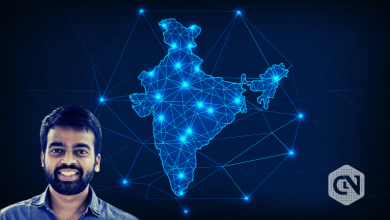