Binance-owned digital currency exchange WazirX reportedly crashed on Sunday Night after reaching its all-time high at $218 million (a spike by 145%) with over 137 crypto coins available for trading in just 24 hours. This is perhaps the highest trading volume in the history of any Indian cryptocurrency exchange happening in the last few years. A few minutes after Shetty’s announcement about the exchange crossing a market capitalization of $1.14 billion, the exchange crashed.

Soon after the WazirX crash news started trending on Twitter, the internet was flooded with memes. In response, the CEO and founder of WazirX, Nischal Shetty, clarified that the entire system faces trouble when one part fails, which causes a rippling effect on all the subsidiary services. He urged his customers to be patient as the team works on the issue to upscale the system very soon. Get detailed review here all about WazirX.

The sudden crash of one of the top exchanges of the world had left the investors panic-stricken. Addressing them, Shetty posted a tweet reassuring the investors that their money and the entire system are safe and whatever issues creeped out have been taken into control. He also assured that the team is looking into the matter and will soon fix the issues.

Some investors reported that they are facing delays in transactions on the exchange or trades reflecting as “zero” on the exchange. To those investors, Shetty tweeted that the system is not working; the chances are that the part of the system that reflects the investor’s fund has crashed and thus not showing any value but will start working as soon as the system updates.

According to the crypto-analysts, a delay in the bill introduced by the Indian government to ban cryptocurrencies may be the most significant factor for such a spike in the daily trading volume of the exchange; WRX (the utility token of WazirX) spiked to 929.89% in a 7-day trailing period which was beyond expectations. It was trading by 195.16% higher at $4.76 on Sunday night when the crash happened. According to some investors, the delay in introducing the bill in the parliament was a positive sign that the Indian government is further looking into the matter rather than issuing an outright cryptocurrency ban in the country.

WazirX is one of the world’s top digital currency exchanges launched in March 2018, wherein investors can peacefully trade-leading coins like Bitcoin and Ethereum and the exchange’s native tokens WRX. WazirX ranks 27th in terms of trade volumes, traffic, liquidity, and confidence of customers.

MicroStrategy Invested $15M in BTC to Increase its Holdings 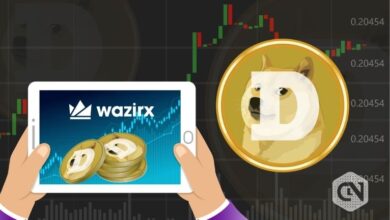