There are several ways in which blockchain technology is attempting to disrupt the world of online gaming. Blockchain is already revolutionising many different sectors, creating transparent, immutable platforms for industries to depend upon. Blockchain was originally created as the foundation to support the use of Bitcoin, but its uses are far greater than cryptocurrency alone.

Think of blockchain as a giant digital accountancy ledger, capable of recording every last detail of data securely into a system. So, just how can this technical platform benefit the online gaming industry and bring fairness and stability to gaming titles accessed from all four corners of the globe?

Game developers are starting to reward gamers through blockchain systems: 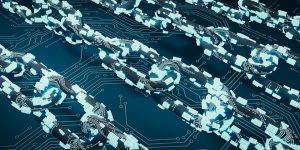 When it comes to online gaming, incentivizing online gamers is one of the biggest objectives of any successful title. Through incentives, game designers can keep players interested for longer, creating new and exciting ways to help gamers feel a sense of progression and development in their gameplay.

Take the hugely successful FIFA franchise, for example. Those that want to play FIFA Ultimate Team and build their own teams from scratch to use online against other human gamers can rack up coins through playing matches and completing challenges in that mode to buy better players on the transfer market. Players can also buy various ‘packs’ that contain players of different abilities to upgrade their team, potentially including the best players in the game, but they are random so there is no guarantee the players in the pack will be better than the ones that already have.

Considering that blockchain is a system based around the issuance of digital tokens that can also be exchanged for other cryptocurrencies and even fiat currency, it’s hardly surprising to see the online gaming world adopt blockchain as part of their rewards systems. Take the Huntercoin project, which proves that cryptocurrency tokens and online gameplay can be fused to a very useful effect. Huntercoin is an open-source cryptocurrency similar to Bitcoin. However, more than 80% of its tokens can only be collected and earned by achieving objectives within a virtual gaming world powered by blockchain technology.

The gameplay sees players engage in head-to-head combat to collect coins across huge gaming worlds. The gameplay hides the fact that gamers are simply mining new Huntercoin tokens in the process of playing. It’s a truly innovative and sophisticated way of incorporating blockchain into online gaming environments. Huntercoin has been active since February 2014 and in the last five years, it has proven that blockchain can handle immersive gaming worlds and maps. More recently, the project’s creators have launched a new game known as Xaya, which offers a plethora of game titles and gameplay with unlimited scalability, taking blockchain-based gaming to even greater heights.

How could blockchain improve the world of iGaming?

There are many that believe the online casino industry, also known as the iGaming industry, can harness the power of blockchain technology to tremendous effect. The iGaming space faces a string of hurdles that it continues to overcome, most notably gaming fairness and the transparency of payouts from slots, lotteries, table games and many more gambling avenues. First and foremost, it’s important to recognise that blockchain could play a key role in addressing these concerns, creating increased trust and confidence in the iGaming sector.

The decentralised nature of blockchain technology means that it has a string of characteristics that could help tackle the issue of transparency and security of player funds and data in the iGaming industry. As blockchain is not controlled by a single, centralised user, it is almost impossible to change the underlying data stored within a blockchain. A blockchain is built to verify transactions and number generation across an immutable network, with no single entity or user able to gain an advantage at any stage. 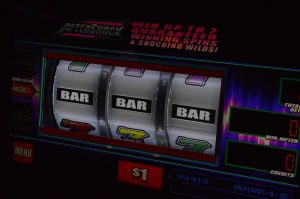 This key characteristic of blockchain has enabled the iGaming sector to develop ‘provably fair’ online gambling for valued customers. All kinds of iGaming, from online lotteries and online slots through to table games and bingo, can display and verify all payouts an online casino makes within its blockchain. Click to get more details about crypto bingo. iGaming operators are increasingly incorporating their casino games – powered by random number generators (RNG) – within blockchains to keep the outcome of their slots and table games fully decentralised and verifiable; thus reassuring customers that they are getting a fair crack at the whip of trying to win. Sites like Wink Slots are experiencing a growth in their player base due largely to the fact they are offering fairer gameplay, powered by a trusted RNG.

Blockchain technology has been heavily behind the launch of brand-new decentralized sports betting exchange, designed to give bettors the flexibility and freedom to place wagers using multiple cryptocurrencies.

Customers of the BETR platform, for example, will be able to choose which cryptocurrency they wish to bet on at pre-match or during live sports. All bets are then stored, with a fixed exchange rate utilised to calculate possible winnings in Ethereum (ETH). BETR tokens have also been issued to allow bettors to place lay bets in BETR and convert any winnings into ETH. The platform’s founder, Adrian Brink, has also revealed plans are afoot to incorporate additional cross-chain cryptos into the BETR platform, allowing punters to bet and be paid with EOS and Litecoin (LTC); particularly given the anticipated price surge for the former altcoin.

There are even blockchain companies starting to roll out the technology to white label iGaming cryptocurrencies to iGaming operators. FunFair is a decentralised crypto-based iGaming platform that utilises the Ethereum-powered (ERC-20) FUN token as its proprietary token. FunFair isn’t an online casino in its own right, far from it in fact. FunFair merely licenses and white labels its blockchain-powered technology to other leading iGaming platforms.

According to cryptobriefing, more than $4 million worth of FUN tokens are traded across the FunFair blockchain on a daily basis. FUN tokens can be saved, stored and exchanged using any Ethereum-compatible cryptocurrency wallets and exchanges, making it easy for bettors to turn their FUN token winnings into cold, hard cash.

In a fast-moving iGaming industry that raked in an eye-watering US$108.4 billion in online casino revenues in 2017, blockchain technology is a sensible step towards the creation of next-generation online casino experiences.

DMScript Announces Partnership with OVH for Their Optimized Servers

The Sandbox and Harmony Partner to Boost Growth of Blockchain Gaming