Darknet marketplaces, a largely lawless space is a portion of the internet which is not open for public view, operating as a hidden network. Apart from being illegal, it also shows a dark, weird and horror aspect of human psychology. The kind of services and products that it provides includes some inhuman things and acts. However, darknet is among the first market to adopt cryptos as a payment medium.

There are some outright illegal and ‘hard to believe’ kind of stuff that is available on Darknet for purchasing. Drugs are one of the most common product on the darknet. Apart from that, it shockingly includes slaves, underage pornography and some other weird things.

Darknet marketplaces(DNM) is a hidden space as it buried under the layers of internet protocol. This makes the Deep web rarely accessible. The vendors on the darknet do not offer any service until they are sure that a buyer is not part of any trap from law agencies. The darknet started accepting cryptos faster than other places because digital assets hold a censor-resistance nature. The darknet is already providing some products to buy using crypto assets. Here is given such a list:

1. A PDF Book that Teaches You to Kill a Man With Bare Hands

Yes, that’s what you read!! There is a legitimate, high-quality pdf booklet available for buying on darknet which can show you many tricks to kill someone with bare hands. To buy the booklet, it charges Bitcoin equivalent of $7.28. The name of the booklet is “22 Ways To Kill a Man With Your Bare Hands.”

This will cost quite a bit more and is dangerous enough. You must have seen something like this in Hollywood sci-fi movies. It is a 20,000 MW device, but, it can burn any target in front of it. This will cost you $150 equivalent in BTC or BCH. 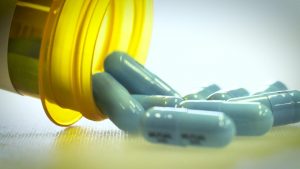 As we know, weed has been made legal in some of the US states. But, darknet has made it possible to purchase illegal drugs also. Drugs vendors in darknet accept BTC, LTC and even XMR as payment for such drugs.

A bit bizarre offer, but if you have enough cryptos in your pocket, you can hire a hitman to attack someone if you want to!!

While darknet seems dangerous for overall safety, the advocates argue that it can somehow facilitate the safe and legal narcotics purchase, too. Deep web or darknet only represents a wrong or dark side of internet, but apparently, darknet played a big role in the adoption of crypto assets.