BTC has been facing dual flak, one from its higher energy requirement and another from the better performance of alternative coins. Although cheaper in valuations, altcoins have started hurting Bitcoin far more visibly.

With a more technical event coming up in a few days that would mark the intersection of 100 and 200 day moving average lines, things could head volatile. Any new positions at the current time could trap an investor for a longer duration. Looking at the price action and trend lines could provide a better explanation of upcoming trends that could affect BTC valuations. 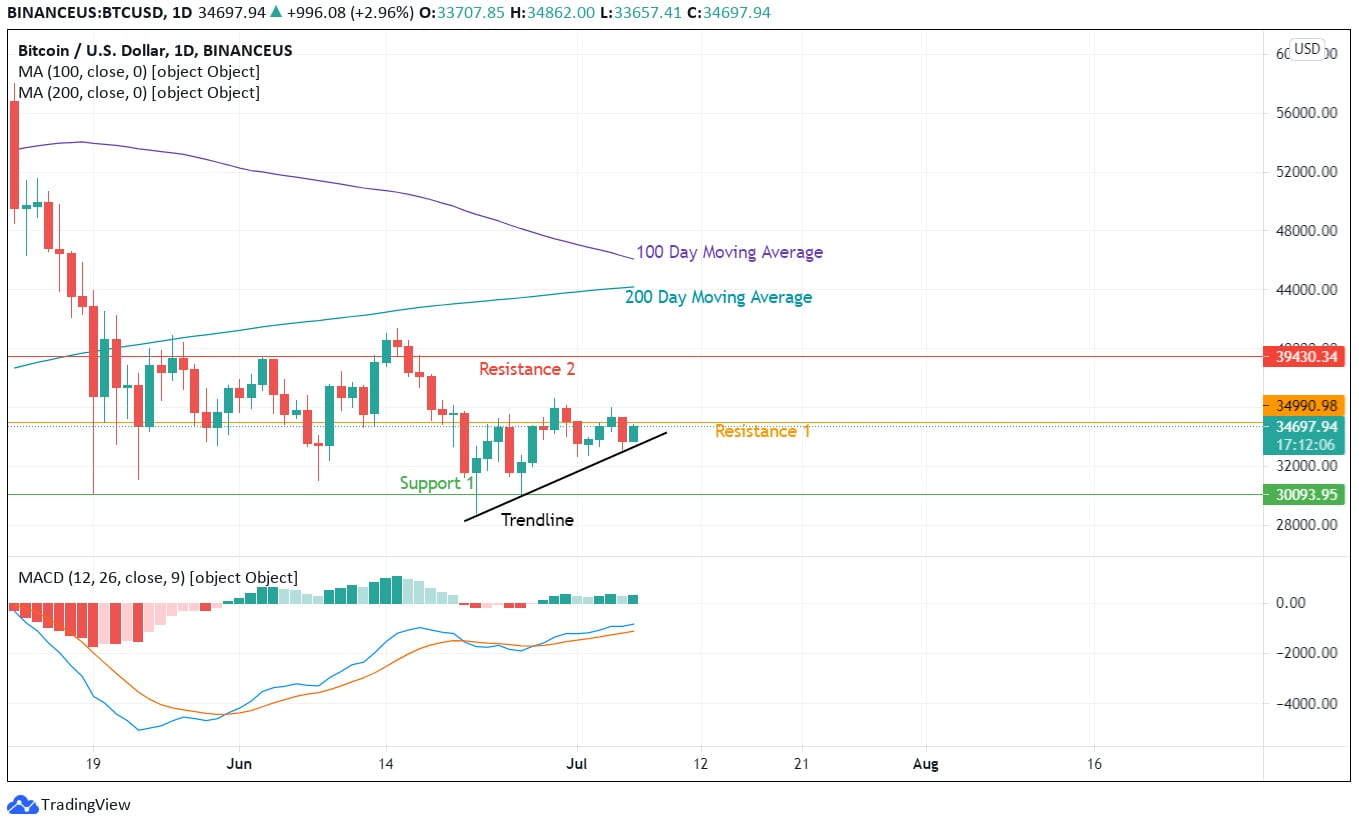 Bitcoin has been on a sound run in the last two weeks after taking support from $30000, but it is currently facing heavy resistance at the $35000 levels. A rally from $35000 is required to challenge the next resistance of $39500. The trend lines are showing higher lows on chart patterns indicating buying support at lower levels. At the end of each swing, buyer action is pushing BTC to higher levels but still, it couldn’t overcome the resistance at $35000.

With such complications, the technical event of moving average interaction can increase buying action. Other indications such as the MACD, are indicating continuation of buyer sentiment that started from June 28, 2021 with lower volumes, which could indicate holding bitcoin at current valuations.

Any position at current levels has the risk of falling to $30000 vs the benefit of rising to $35000. With the unfavorable risk to reward ratios holding bitcoin could take much longer to reap benefits. 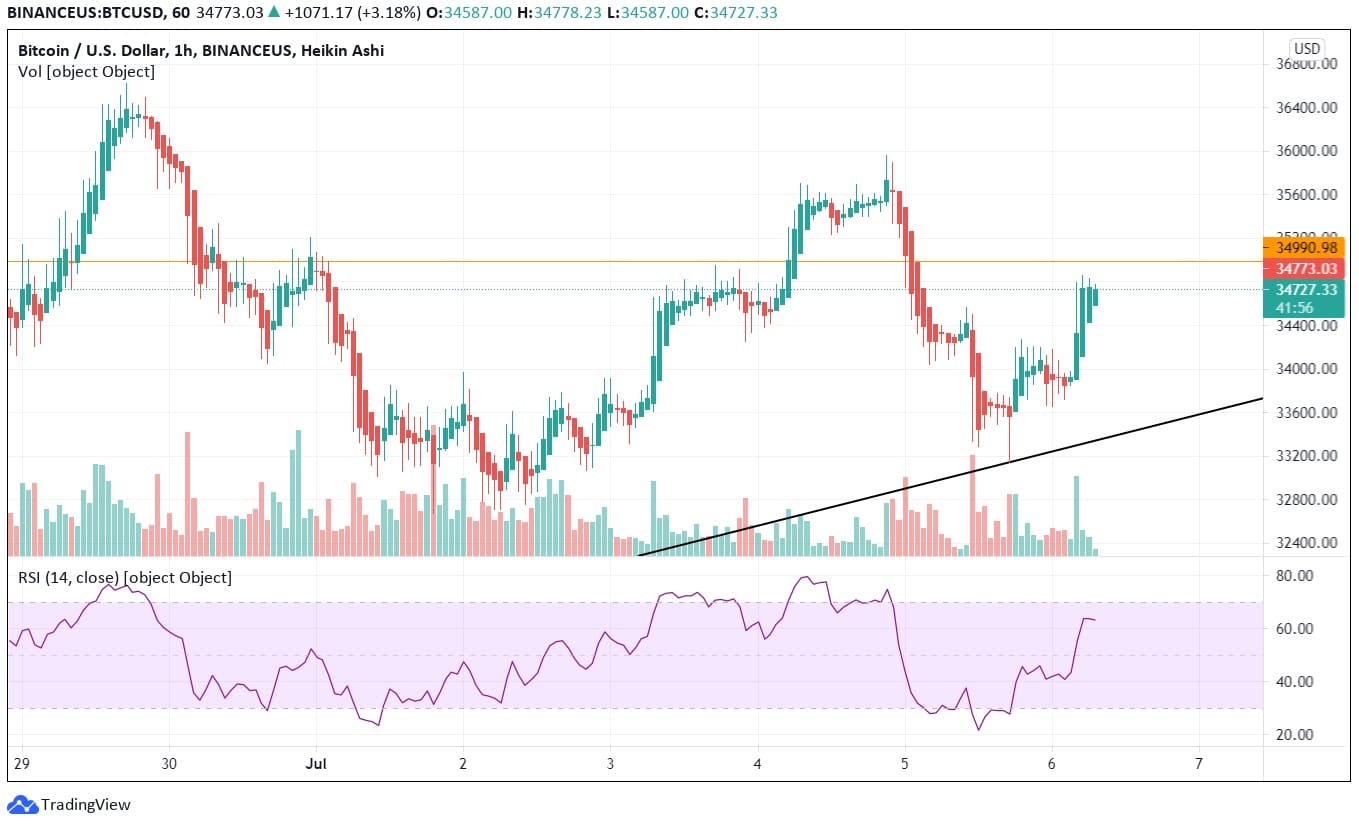 On hourly charts, Bitcoin does support the positive trend lines reaching higher highs in each swing. Although, it will be difficult to identify if BTC can stay ahead of its immediate resistance at $35000 or not. Still, there is rising buyer action with a good RSI level indicating positivity on shorter time frames. Concerning the price action, our BTC prediction puts it above $35000 by the end of July 2021 with an attempt to retest the $39500 levels.

Heikin Ashi’s charts of short-term indicate a good action with an attempt to test the $35000 resistance. As of now, the headings of Bitcoin will be difficult to predict, but the closing value of July 06 will clearly indicate if Bitcoin can overcome the selling pressure at $35000 or not.

RSI value above 65 indicates heavy buying at current levels, which could be an indication of further positivity on Bitcoin.

Only1 adds Bithumb Global and Gate.io to its Investors List