Many of us are influenced by the life-changing success stories of the individuals in the crypto industry and fanaticize a rosy picture about making a fortune with cryptocurrencies. However, simultaneously, there are dark realities of frauds and scams in this industry, which leverages the unique features of the digital assets to perform fraudulent acts.

The crypto industry is highly vulnerable to scams because of its basic features, including anonymity, transparency, and decentralized structure of the operations.

As per some of the reports, $9 million are lost in crypto scams every day. 2018 itself saw more than $100 million exit scams through ICOs, most of which were untraceable. The year 2019 underwent $1.2 billion worth fraud in the first quarter, which had gone up to $1.7 in the year 2018. Now, 2019 has been emerging as the year of exit scams according to one of the research reports from Silicon Valley.

What exactly is the exit scam?

An exit scam is a deceitful activity done by some unscrupulous cryptocurrency promoter groups and individuals who vanish with investors’ funds raised by initial coin offerings.

As a part of the scam, the scammers generally launch an attractive cryptocurrency or token scheme to lure the investors. They collect huge funds from the investors and disappear instantly with any trail.

They use high tech mechanisms to carry out such scams, which generally are difficult to track for the investigating agencies. Unlike the centralized systems, the decentralized, anonymous nature of the crypto industry makes it difficult to trace or monitor such fraudulent activities.

How are the crypto scams orchestrated?

Though the wallets, exchanges, or payment companies have powerful defensive cyber systems to protect from such vulnerabilities, the scammers consistently innovate and outsmart the invincible cyber securities and breach them.

Scammers use various techniques to breach security systems. Techniques like Phishing, SIM Swapping, URL hijacking, etc. are mended together to target the victim accounts or systems with attacks. Most of these attacks are usually accomplished with the help of some previously managed support from the internal administration.

In SIM Swapping frauds, the hackers switch the user’s number to their SIM. After this, the user is unable to get any text alerts, voice, or emails. Thus, the user, as well as the mobile services or the relevant IT staff at crypto exchanges, are clueless until the fraud is executed.

Some of the biggest scams

The common denominator for such scams is the super lucrative return promises offered by the scammers to the investors.

How to spot such Exit scams?

Some indicators and preventive measures can be pondered to identify exit scams.

A thorough online and offline checkup can be done about the background of the firm in which one wants to invest. Investigation can be done about its real existence, track record, social media presence, employment history, industry connections, etc.

The white paper is the mirror of any enterprise. So this key document can be checked in detail for any loopholes or ambiguity in the clauses and offerings.

Checking the Offerings and Investment Returns

One of the significant red-flagged indicators could include the offering, which seems highly lucrative financial miraculous promise with short term returns.

Apart from the irrefutable and tempting offers, guaranteed investment return promises could be a high alert as the nature of the crypto industry doesn’t provide any certainties for the investments.

The Credibility of the Founder Group or Individual

To avoid such scams, a good homework strategy can be adopted by investigating the credentials of the founder members. The research can involve their connections, their previous projects, their online profiles. The time of the profile launches if they are newly opened or old enough with authentic friends and followers. However, nowadays, a fake profile with an authentic look can be created with the help of some online marketing agencies.

Most exit scams project themselves authentic and incredible with flashy international promotional campaigns. They use print, TV, media, radio apart from online media to establish trust for themselves.

If any enterprise is promoting its ICOs aggressively with short term miraculous returns, it can be an indication of any such fraud and a matter of concern. A thorough homework to verify the authenticity must be done.

Also, a proper check should be carried out if the promoter is a reputed person or less known identity who has influenced the bloggers or online community for the promotional content.

The Feasibility of the Business Model

One can check about the proposed model, whether it’s a working model or just an ideated concept in the future. The project should be viable to invest with the least risk. Also, there should be no haste in investing money without analyzing the feasibility of the project.

Verification of the Roadmap

A roadmap can be instrumental in understanding the past, current and future development of the project. It enlists the past achievements and is a good guide for the investors. Also, the absence of the existing prototypes and working platforms could be an alert.

An overall practical, rigid, and feasible approach should be opted along with comprehensive research to distance from such scams.

Rocky Relationship Between India and Cryptocurrencies: a Complete Detail 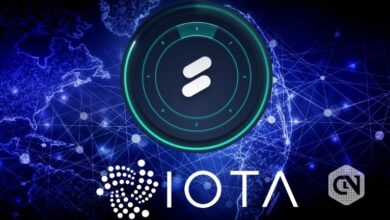 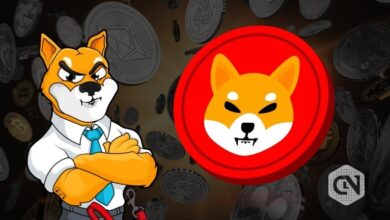