2018 has been a year of several shocks for the cryptocurrency market. It is only fair that the market expects a rebound this year, after mostly facing adverse times last year, which killed expectations of an increase in the value of cryptocurrencies.

However, the cryptocurrency market seems to be booming already in 2019. Electroneum (ETN) and Ravencoin (RVN) are riding high on hopes for maintaining a steady growth pace for the current year, and times after it.

Here’s a look at what lays ahead for them:

The crypto space is currently experiencing a craze to compel third party companies to take an interest in digital coins.

Electroneum’s smartphone mining approach gives it a functionality advantage which could encourage adoption. On the other hand, a rigorous effort by Ravencoin on the asset transfer market, coupled with apt collaborations in place shall help it reach good fortunes this year and after. The possibility of cryptocurrency and fiat partnership benefits cannot be ruled out, as a similar collaboration between other altcoins had led to a direct-effect price hike.

The advent of the Electroneum iOS Beta App

The first quarter of 2019 is a time to vouch for Electroneum. With bearish reducing with passing time, Electroneum is moving toward launching the ETN iOS Beta App. This has been made possible due to the coins KYC approach. Penetration into the iOS space will help Electroneum achieve more traction from iOS users, thereby increasing the chances of positive valuation in the market. The British cryptocurrency was originally created to be used in mobile gaming and online gambling.

The steady rise of Ravencoin (RVN)

Ravencoin was launched to tokenize asset transfers on the blockchain. Its usability in the intended market proved to be better than the established giant like Bitcoin and Ethereum. Since the RVN token has been hitting hard on the asset transfer market, it has witnessed a steady growth and is expected to continue throughout the year. And, if you want to know more about Ravencoin & its value, you can read here to learn more.

Price stability is essential for the long run

ETN and RVN need to maintain price stability in order to survive major upsets in the crypto space. Their prime focus should be on maintaining supply units, and they already seem to be aware as suggested by their strict regulations with stability in their favor these two coins are expected to hold their grounds in years to come.

Evenly matched in the market

Ravencoin and Electroneum are two coins quite similar to each other, no denying the fact. They are most seemingly “sailors of the same boat.” The unique approach on the crypto scene by both the coins is quite commendable. Both the coins have been climbing up the charts quite consistently, in terms of daily transactional volumes. With right guns in their favor, it won’t be a surprise if the two coins take top positions at the table in the near future.

Byteball Bytes Witnesses 5.5% Decrease in Its Trading in The Past 7 Days 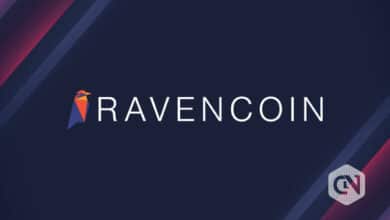 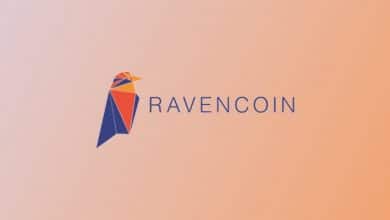