Paving the way for themselves, cryptocurrencies are moving forward with its major features which are, transparency and decentralized nature. While all the sectors are working with cryptos, banks are hesitant to include cryptos in their operations. Though, other types of financial institutes have come forward to embrace the digital currencies.

Banks, particularly, are not very welcoming when it comes to cryptos. But, experts believe that the newly developed money, that is cryptocurrencies are the solution to the current issues in the economy. Eventually, the adoption of the crypto assets on a large level will, eventually, usher the banking sector towards cryptocurrencies. Considering the various functions of banks in today’s time, XRP emerges as a perfect match for the sector.

Ripple, which has connections with the cryptocurrency XRP, is a payment processing technology that can integrate directly with banks and other affiliated institutions. It is better than other payment services as it is faster and cheaper than them.

Why XRP and Ripple for Banks?

Head of Compliance and Operations at Euro Exim Bank, Graham Bright gave his opinion on whether Ripple products are viable for banks. He noted that Ripple and XRP will be crucial for the banks to remain relevant in the future. Bright talked about his bank’s aim too. He said that Euro Exim Bank focussed to make sure that their customers are able to get reliable, fast, and secured service. He firmly believes that all these can be achieved by implementing blockchain technology.

Another Ripple powered product, xRapid is, notably, already being used by numerous banks around the world. xRapid has been assisting banks to expand businesses and enhance the quality of their services. Banks in Africa and East Asia are setting examples of such services using xRapid. The previous technology which was deployed by the banking institutes for moving funds is time-consuming and costly, compared to xRapid. 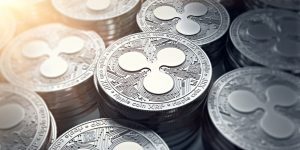 Ripplenet is a network by Ripple, which offers several transaction-related services to financial institutions. One of the significant services is to help to process cross – border payments. Ripple differs from Bitcoin at some point. As Bitcoin is totally decentralized, it eliminates the role of intermediaries such as financial institutes in a transaction. While Ripple operates to support the operations of banks and large financial firms.

Comparing Ripple with payment giants like PayPal or Stripe, it concludes that such payment processors are suitable for consumer solutions, wherein, Ripple is more about facilitating an improved infrastructure to banks.