In 2018, the assurance of a decentralized future went to pieces. The most used dapps have a few thousand regular users, and a study of 43 blockchain applications reached a zero percent achievement rate. These apps are getting financed and supported by many from the market, still, what is it that is keeping these apps from succeeding?

There is a broken procedure for building and introducing blockchains applications. Instead of working within a safe condition that supports learning, blockchain organizations pursue a playbook that stores piles of odds against their achievements.

By selling products before they are developed, companies set themselves up to disappointment with unreasonably high users expectations.

This way of dealing with building comes with three issues:

To satisfy an early adopter group of crypto-lovers, projects waste their time in convincing people who are already convinced with the product and its utility.

With vocal supporters, ventures settle on questionable decisions; they consider the white paper as the ultimate plan rather than a starting point.

The projects need to change how products are developed and tried. The companies can learn from major technology companies; that how they are built and are still running in profit.

Numerous blockchain projects are acknowledging that one can’t reach a mass market success by merely being philosophical.

Open-source as an alternative to closed; centralized systems are no more new. It has been done before by platforms Facebook, Twitter, and Google.

The takeaway from these companies is: open network and decentralization are crucial to developers only.

Blockchain applications need to return to the roots and get the basics straight. They have to consider elements like ‘who is the user and what is their issues.’

Bitcoin made a pathway for darknet users to conduct payment transactions online. Ethereum enables engineers to run a script on decentralized computer devices.

For crypto projects, a vocal network can be the most excellent resource or most significant risk. Know what users are saying, but use filters. Do not provide your users what they are asking for. Give them what they want.

In the crypto world, there is a romantic misconception that the idea is the most critical part of success. Following this false concept, companies get caught into whitepapers and keep rethinking their product and its launch.

But, what the projects have to keep in mind is a great idea, or a product is just a beginning.

Last year, two markets showed an upward growth chart, one was crypto exchanges, and the other one was the mining hardware market. Crypto exchange named Binance went from zero to over $1 billion within a year. ASIC mining facility for bitcoin has expanded by more than ten times. But, no application saw a standard achievement.

Pakistan Is Exploring Blockchain But Has Banned Bitcoin 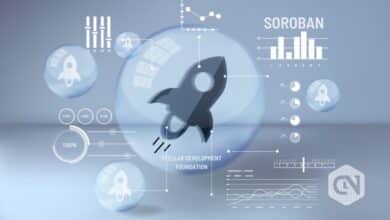