Axie Infinity is a game on the Ethereum blockchain that lets players collect, breed, and battle fantasy creatures called Axies. They can buy, sell, and trade Axies using cryptocurrency and earn rewards in the form of cryptocurrency by participating in the game. The game was developed by Sky Mavis, a company based in Vietnam, and it has gained a large following among players and collectors of cryptocurrency-based digital assets.

Launched in 2018, the mainnet was made public in 2020 amidst the crypto bull rally, which led AXS to a huge rise. The peak value of Axie Infinity was $165 on November 6, 2021, which was just $0.141 in November 2020. Just as the bullish rally to the top, AXS swiftly tanked to $6 but still remains highly profitable for the initial investors at the rate of under $1.

The current market capitalization for AXS of $675,950,772, with just 37% of total tokens in active circulation. Hence, with the number of leftover tokens to be earned in rewards, the outlook for this Axie Infinity platform remains highly positive over the long term.

AXS has gained decent value in the last few days. However, the profit booking stance has been looming around to activate in case of a major breakout. Read our AXS price prediction to know more about the future price projections of the token. 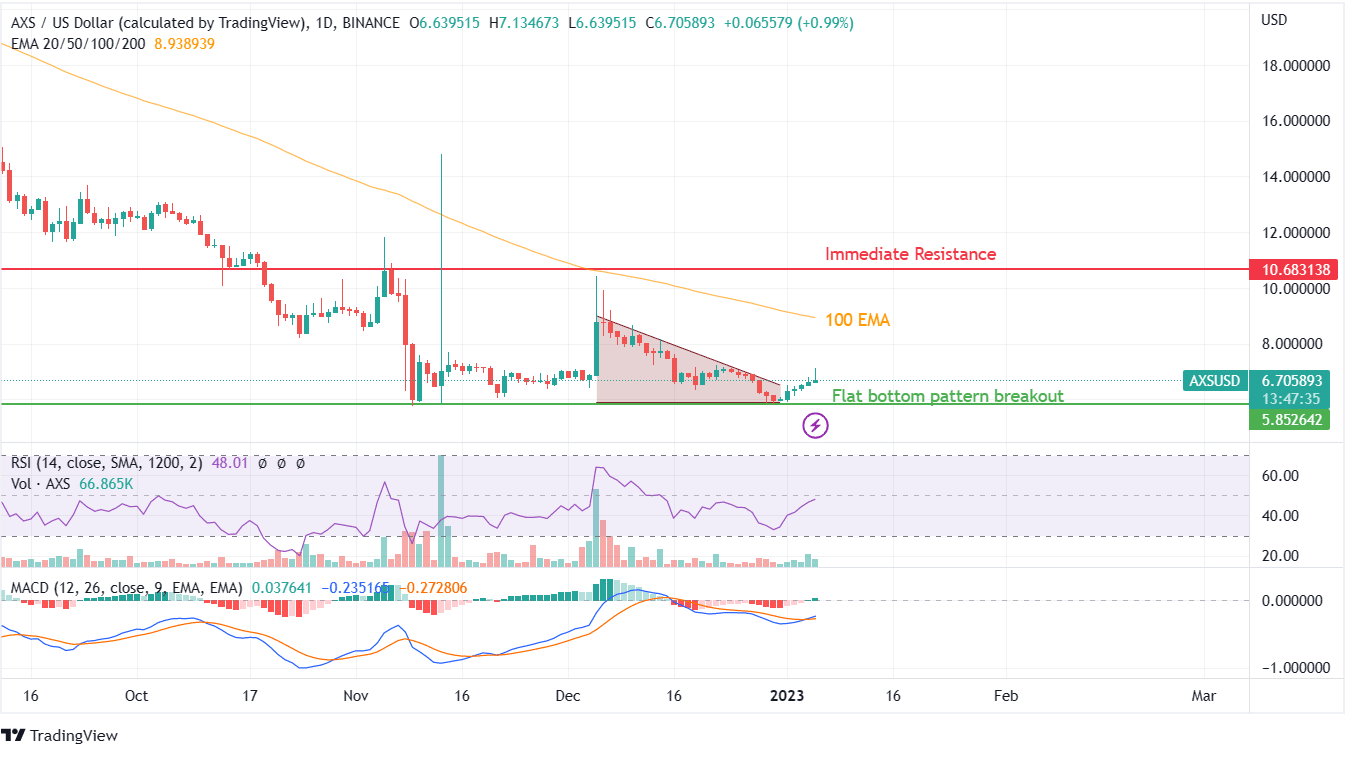 The huge breakout candle provided huge hopes in November, but the result was a decline. Repeating the positive breakout trend, there was a decent gain on December 5, 2022, but it again failed as sellers took over three weeks to consume the spike in the following days.

On the technical front, AXS has been glooming to stop further downfall with a substantial buying spree during each dip. The RSI indicator for this token has already jumped from 30 to 48, with MACD moving ahead with another supporting trend of a bullish crossover.

The pin bar candle created on January 5 has already made it fearful for the buyers but still, the day is moving with a positive stance. Volumetric transactions have been back to their previous levels, with chances of a breakout to be highly unlikely.

The overall price action and movement in the last couple of months have been highly negative and even to consider a positive breakout stance, Axie Infinity needs to overcome the 100 EMA curve, currently trading around $8.90. The future might be bright for the token, but buying at $6.7 could put one under another bearish trap. A breakout is required, but it depends on the demand for the AXS token in its gaming community.

Tarot Protocol becomes a part of the Round Table by Camelot 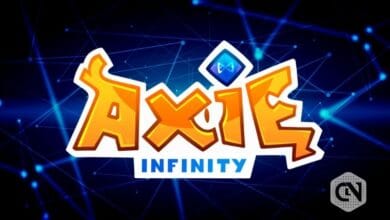 Axie Infinity (AXS) May Consolidation Before Making a Recovery 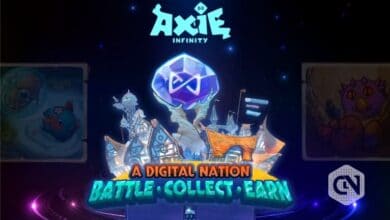