Basic Attention Token was created as a token to power a blockchain-powered digital advertising browser named Brave. This browser and its blockchain ecosystem emphasized creating an ambient advertisement marketing scenario that benefits both advertisers and the viewers in the form of rewards. While this ecosystem protected viewers from unwanted ads, competing with other global browsers created a bigger challenge for BAT developers. Advertisers were required to commit to a minimum ad expense of $2500 to continue with the campaign on Brave.

As per the last consensus, there are a total of 59.3 million BAT users, with daily active users being above 30% of this volume. Close to 70% of its advertising revenue is shared as rewards amongst viewers, while only the remaining 30% of the revenue is kept by Brave. Since the ad run by this browser is more customer-centric, the click-through rate is close to 400% better than other advertisement modes. Since the number of brave browser users is growing in an active trend, the value of the Brave token can take a bounce in the coming days.

While the breach of the recent consolidation zone, there has been a huge dent in the hopes of positive movement expected by BAT enthusiasts; on closer look, we can witness an increased price action. 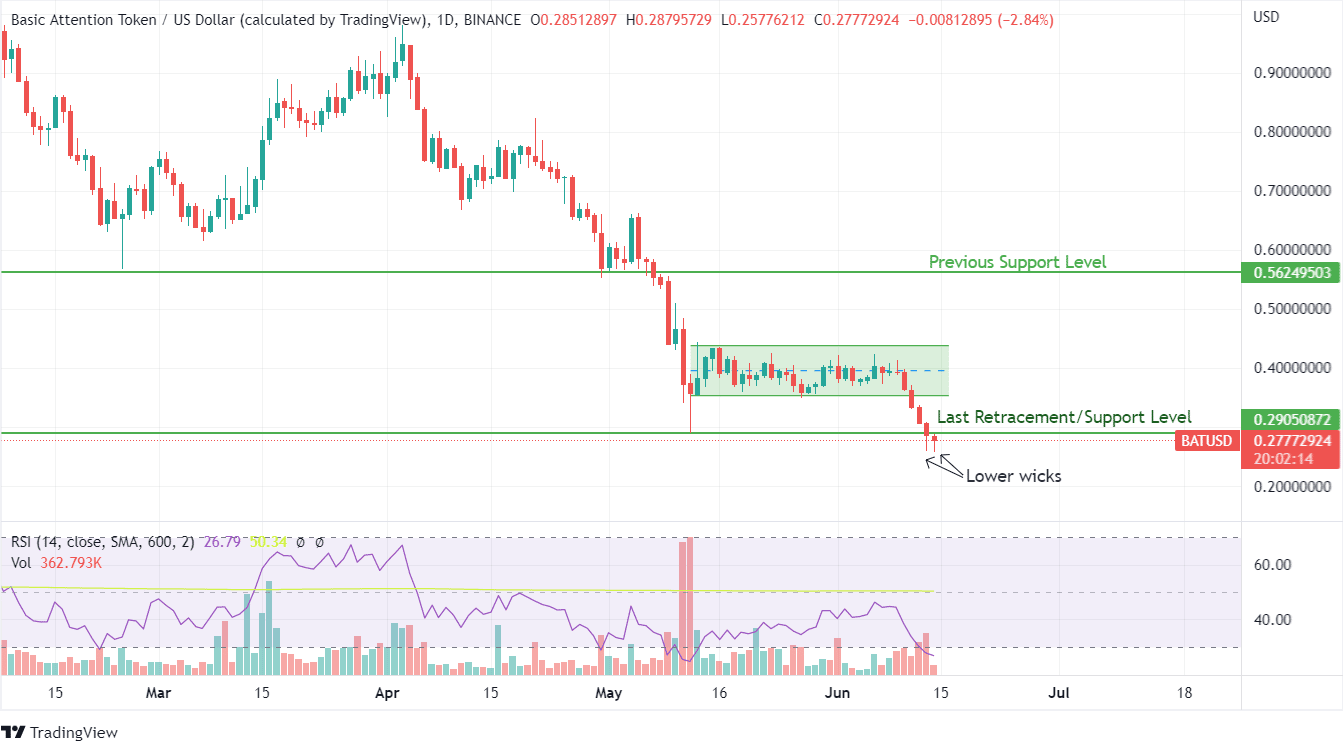 In 2022, we witnessed the collapse of BAT token valuations from the peak of $1.75 in November 2021 to under $0.30 in June 2022. The recent slip from its consolidated price trend under development since hitting a fresh low in May 2022 broke the last string of positive sentiment. Traders can find more details related to the future projections of the Basic Attention Token.

With such a low token value, the BAT token has dropped its market capitalization to below $500 million on 100% circulation of its BAT token. The future of the BAT token and its growth may depend on variable aspects, but the declining price of BAT is just 22 cents away from its historically low value of $0.05.

Since the last few days, the coin has marked a free fall. The sentiment failed to impress buyers, who must be very cautious with the crypto investments. Dispute opening on negative levels and touching similar lows of yesterday, we can witness the development of wicks. These wicks could be the first evidence of buying happening at lower levels.

Since transaction volumes over the days are slowly growing, the result has been more selling and less buying, forcing even the RSI indicator that touched above 40 to slip back under 25. $0.30 could become an immediate support level for the BAT token, but there remains very little probability of this token trending with a positive sentiment based on technical developments.

Decentraland Falls Back to the Pre-Breakout Level of Oct 2021! 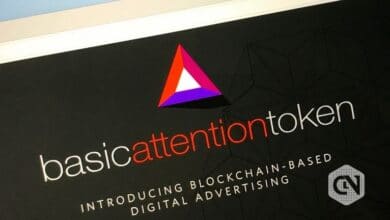