The crypto community might be quite aware of the US’ largest cryptocurrency assets based exchange firm Coinbase’s acquisition of Neutrino, a blockchain analytics firm.

However, the exchange’s move of acquiring the blockchain firm didn’t go well with it. Coinbase received a wide range of furious reactions from the crypto users over the buyout. Notably, Neutrino has some connections to a notorious hacking team. allegedly, it was used to sell spyware and other software to oppressive regimes. The hacking team was alleged to provide such spyware to the governments which have committed human rights abuses. Reportedly, such spyware was sold to Kazakhstan, Saudi Arabia and Sudan.

The whole scenario resulted in the backlash for one of the most popular crypto exchange firm, Coinbase. After all of these, Coinbase admitted that the acquisition was carried out with a “gap” in the exchange’s due diligence process. Looking at the sharp responses from the community, the exchange has asserted that Coinbase has cut all ties with those Neutrino members who had been affiliated with Hacking Team previously. Coinbase will not have any connection with the hacking team. 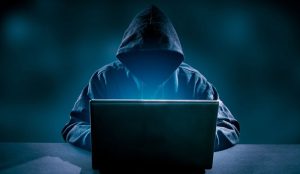 Regarding the controversy, Brian Armstrong, the Coinbase co-founder explained via a blog post named “Living up to our values.” The blog post said, “While we looked hard at the technology and security of the Neutrino product, we did not properly evaluate everything from the perspective of our mission and values as a crypto company. We took some time to dig further into this over the past week, and together with the Neutrino team have come to an agreement: those who previously worked at Hacking Team (despite the fact that they have no current affiliation with Hacking Team), will transition out of Coinbase.”

A part of the crypto believers along with notable figures are supporting the exchange giant, urging the crypto investors to forgive Coinbase for the mistake, while another section of the crypto community believes that Armstrong’s affirmation to have no current affiliation with the hacking group is a weak argument. The backlash for Coinbase reached to the extent that on Twitter, #Deletecoinbase trend had begun.

Coinbase has established itself as a trustworthy exchange platform since quite some time. It has won the trust of a very large user base. Apparently, Coinbase’ quickness to apologize and fix the problem is a significant move for itself.

Electroneum (ETN) Price Plunges to a new low: Undeterred by the Major South African Partnership down to 150 Satoshi

Bitcoin and Bitcoin Cash now Accepted at BookMauritiusHotels through BitPay: XRP, ETH, and LTC next in line