Fantom (FTM) is now operating under the radar, but this will not last long. The cryptocurrency market had an incredible year last year. A year ago, the FTM was sold for roughly $0.02, and it is presently valued at close to $3 per coin.

Due to these considerations, I believe that Fantom (FTM) and Parody Coin (PARO) are two cryptocurrencies with huge potential in 2022. Interest in cryptocurrencies is surging, and the Ethereum network is beginning to buckle under the weight of the data. Gas costs, which are the cost of confirming transactions, have already exceeded $300 on the Ethereum (ETH) network. In comparison, a transaction on Fantom (FTM) or Solana (SOL) costs cents. Fantom (FTM) is gaining traction because, like Solana (SOL), it is a layer-1 protocol that operates at lightning speeds.

In 2021, the value of the two coins increased by 14,000 and 11,000 percent, respectively. Fantom is much smaller than other layer-1 cryptocurrencies, with a market value of $4 billion compared to $51 billion for Solana at the time of writing.

Additionally, Fantom (FTM) dominates overall blockchain transactions. Fantom averaged 4,000 transactions per day a year ago. On average, the network currently receives 750,000 searches every day. That is an astonishing pace of growth. Fantom has already exceeded larger currencies like Avalanche (AVAX) in terms of transaction volume.

Compatibility is a big problem in the blockchain realm. Transferring a virtual currency in your wallet from one blockchain to another can be challenging. Consequently, a sizable portion of these blockchain networks exists as adversarial entities inside the blockchain world. They are all highly competitive. If crypto wishes to expand in the future, it must learn to work cooperatively and effectively.

A new project that has entered the realm of digital currencies is Parody Coin (PARO), and it is currently available for presale. Its white paper has several incentives for investors and their holdings.

The Network has begun its initial presale stage, and online buzz seems to expect it will perform admirably, with claims of it potentially matching the success of other notable cryptos such as Ethereum (ETH) and Filecoin (FIL).

Parody Coin is a deflationary utility coin that, like many other cryptos, is built on top of the BNB Chain (BNB). The Parody Network enables users to swap any cryptocurrency for an equivalent amount of PARO tokens, consolidating and integrating liquidity across various blockchains. Additionally, the Parody Bridge enables investors and holders to transfer and receive PARO across many blockchains. There have been other recent successful token launches attempting something similar and calling it ‘layer-3’, such as Logarithmic Finance (LOG). 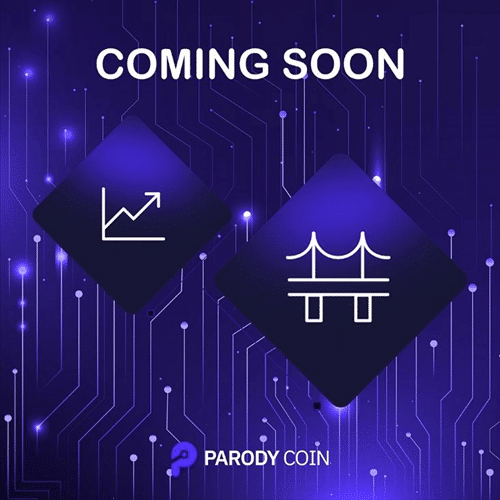 Parody Coin (PARO) has several unique characteristics that may benefit investors and holders. For instance, Parody Token holders may create ‘parodies’ of other well-known NFTs on the market. The possessor may own a CryptoPunk or Bored Ape NFT parodies by burning or locking their original NFT.

Investing in PARO’s passive income system enables investors to have more control over their money than ever before. PARO tokens may be gained using the Paroflection mechanism, and the ParoRewards system enables holders to earn PARO tokens with any Binance chain-based coin they desire.

If Parody Coin isn’t making you smile, the aforementioned Logarithmic Finance (LOG) is a potential alternative choice. It is a ‘layer 3’ switching protocol designed to connect investors and developers seamlessly. 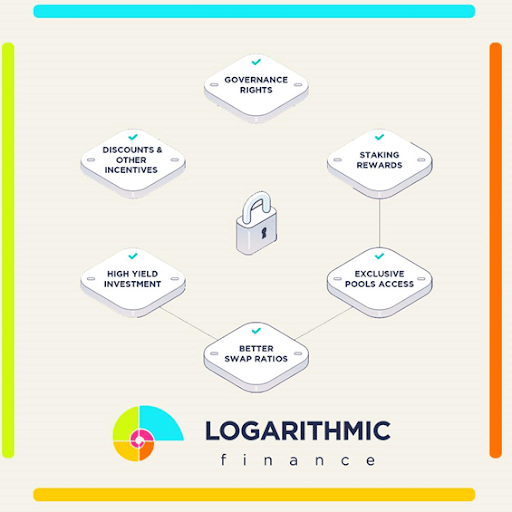 According to Logarithmic Finance’s (LOG) white paper, they claim that they want to bring future enhancements that will be integrated into a connected ecosystem to offer investors the DeFi wonders they deserve. Logarithmic Finance (LOG), similarly to Parody Coin (PARO), is aiming for blockchain diversity, establishing a multichain and cross-chain ecosystem. Capable of generating funds on any blockchain network, including Ethereum (ETH), Polygon (MATIC), Binance Smart Chain (BNB), Solana (SOL), and Avalanche (AVAX).

These newer options on the market have the potential to deliver on their promises, do your thorough research before deciding what to do with your finances. However, diversifying your portfolio with well-structured concepts is a great strategy for portfolio management.