On 30th April 2019, BOLT released a tweet from its platform on the social media of Twitter, announcing a strategic partnership with Binance for the migration and token swap of the majority of the BOLT’s ERC-20 Token to Binance’s BEP-2 protocol- which will be native to the Binance Chain ecosystem. With this merger, BOLT will now be able to build its applications on Binance Chain.

Pleased to be building on the Binance Chain. We will migrate the trading circulating supply of $BOLT to the BEP-2 standard, while locking a portion of $BOLT (taken from our foundation’s reserves) to run on @zilliqa’s smart contract. $BNB https://t.co/u4ZoKqZUtw

In the statements made in the Press Release by the Company, it was said that their goal of decentralizing the chain linking content producers and users resonates with the mission of Binance for the freedom of money. The underlying principle behind this partnership has thus been this common interest in constructing an ecosystem of content creators, partners, and users, along with the decentralization of the content market between both the parties.

Binance will handle this migration and token swap. The tokens after this will be available for trade on Binance DEX, the new decentralized exchange application which will be built on the Binance Chain.

Along with this, BOLT has also announced that the Binance Chain integration is- as of now, being finalized by Bitmax, after which the Company will be the first Binance Chain token to be trading on Bitmax- therefore cementing their collaboration.

The Company will, however, carry on working with Zilliqa, in order to “facilitate the BOLT ecosystem by leveraging their smart contract capabilities.” A portion of BOLT ERC-20 tokens will be kept aside for being swapped to the Zilliqa protocol later on. The tokens taken from the allocation of tokens according to their R&D Foundation will be utilized for this; hence the entirety of token circulating supply of BOLTs will be unchanged.

The main objective of the BOLT group is to build the ecosystem by improving the utility of its tokens. BOLT +, a streaming platform offered by the company with a wide range of video playlists and live TV channels can be used for the ensuing migration, withdrawals, and deposits of the BEP-2 tokens together with BOLT wallet applications.

According to reports, the applications will presumably to be launched in the summer of this year. People with restricted access to formal banking structures and data are most likely to be benefitted by this. Impending Telco partnerships for direct carrier billing and data bundling are also mentioned in the report released by BOLT.

The company further plans to collaborate with original content broadcasters with partnerships which will smooth the progress of its efforts for decentralizing the global content market. Rich media verticals like education and gaming are also on the cards of getting involved in the program to engage with audiences in budding markets.

Additional details regarding the token swap of ERC-20 tokens to the BEP-20 standard has been said to release very soon along with the information of how to sign up for an early beta program to test the BOLT+ and BOLT wallet applications.

Robin8 Geared up to Launch its Blockchain Social Media; How Promising will it be? 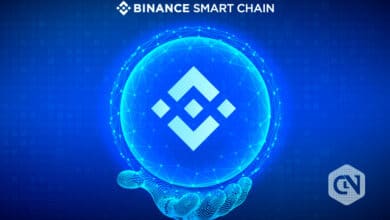