XRP’s price momentum is looming in a negative trend and despite its pullback from the recently made low of $0.51. The pullback has helped XRP scale about 20% but for bullish sentiment to return in this cryptocurrency XRP needs to cross the 21 DMA line. At current it is again facing some resistance at the $0.60 price range, inability to push higher can create a fresh round of selling action. Technical analysis indicates some buying but it cannot be treated as a positive trend.

XRP is trading within a broader swing range of $0.45 to $0.75. Breaking either of these levels on daily charts can indicate clarity in the upcoming price action. Using RSI, MACD, and other price indicators we can devise clarity on further trading opportunities in XRP. 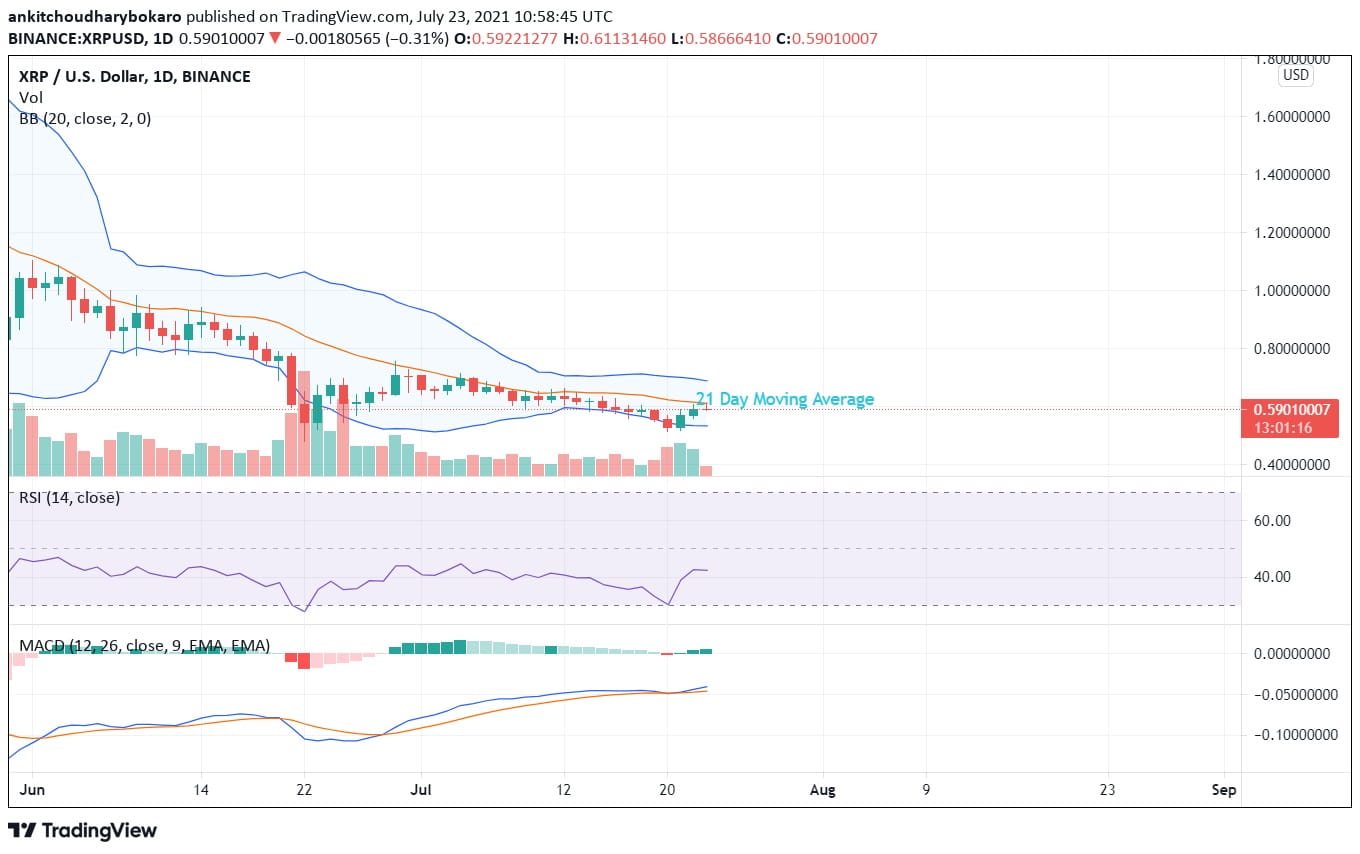 At current valuations, XRP shows a slightly improved RSI range above 40. MACD is slowly recovering from the drawdown created during the end of May 2021. Improving MACD, RSI, and narrowing of Bollinger bands can create a better price momentum towards monthly high and even breach the long time target of $1. Ripple has the potential to become a scalable cryptocurrency. 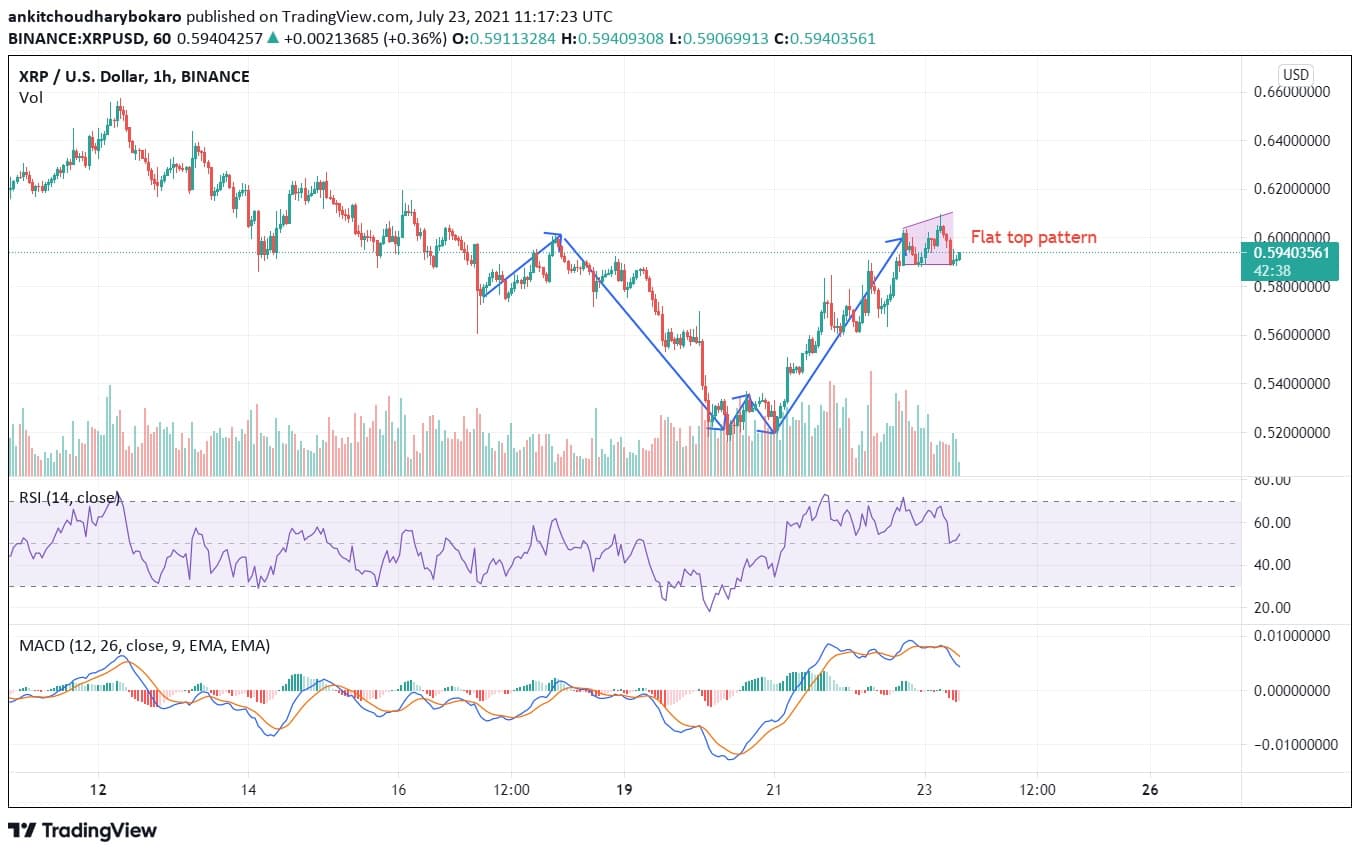 XRP on hourly charts has created a W pattern that is notorious for volatility. From a bullish standpoint, XRP shows some technical ability to retrace its lost valuation and breach the $0.75 resistance. For now, XRP should trade in a flat-up pattern to create a new trading zone. Support from $0.58 levels can create a bullish trend for XRP in the shorter term.

Based on our XRP price predictions, consistently touching overbought zones and reaching new highs on real traded value is creating a bullish sentiment on a smaller time frame. Taking support from $0.58 and reaching higher in each swing is a positive sentiment that can push XRP beyond the $0.75 levels.

TWO TWO and NGC Ventures to Expand its NFT Operations