XRP has decimated its potential competitors via a wide margin and still holds the title of the most valuable fiat supporting cryptocurrency. Its value of $1.26 holds a combined market value of $59.38 billion, which puts it at the 7th position among the largest cryptocurrencies in terms of circulation market capitalization.

XRP has rallied close to 40% in the last three months while facing resistance from the same level of $1.40. Breaching this level could support a breakout pattern allowing XRP another attempt at retesting the $2 levels.

XRP has once again come closer to its resistance zone between $1.30 to $1.40, which has pushed back previous attempts of breakout. This time will it be a different story, or are the investors going to be disappointed again? XRP has slowly been inching towards $1.40 instead of full-fledged spikes. 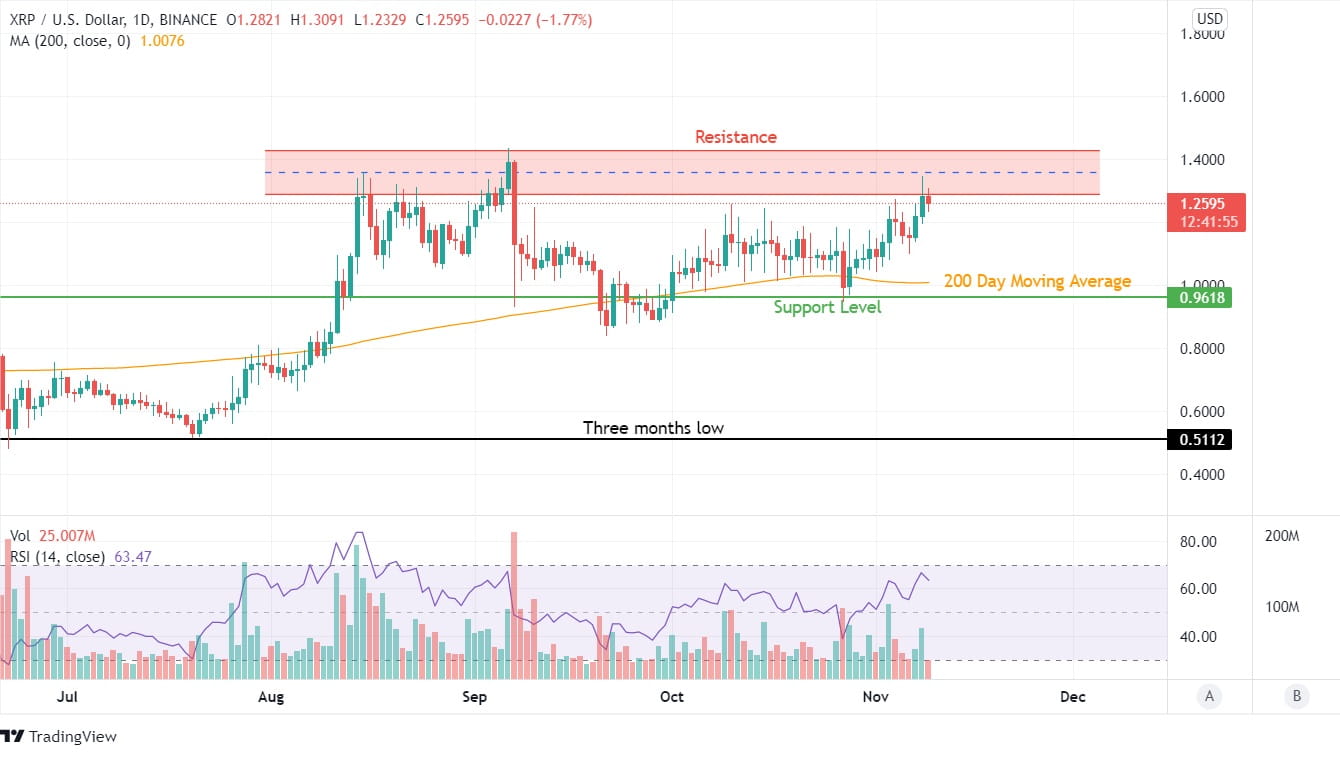 The price movement of XRP has more or less remained close to the 200 DMA curve, which indicates a decent strength and consistent maintenance of its price labels of the last six months. Unsure candles of the entire October 2021 have finally succumbed with clear upside movement in November. It will be interesting to witness the price trend near the $1.40 level. Breakout from this level can potentially arm XRP to climb a rank only after a 30% price gain.

RSI level can be seen rising despite maintaining similar transaction volumes indicates higher buying and lesser selling among traders and investors. XRP has strong support around $1.00 levels, which can be seen consistently rising in numbers.

Since 200 DMA is also trading close to the $1 levels, a fall back from current levels is improbable to take place as per XRP price prediction. As of now, we are witnessing a slight hesitation in the XRP price trend to enter the resistance zone that starts from $1.29 and concludes at $1.42.