XRP, the most beloved of all the altcoins in the crypto market, was considered as a crypto jewel in 2017 along with the leader of the cryptomarket, Bitcoin. But 2018 had been a disheartening year for the XRP market. Although a momentum to rise was gained by the culmination of the year, creating a parabola, which presently until Monday seemed to be the other end of that parabola. XRP is nearly 50% down against Bitcoin irrespective of a reassembling movement at present.

Considering a one year graph from Trading View on the Crypto Exchange Binance as on 15th May at 9:54 UTC, we observe the below-mentioned fall in the market of XRP:

Considering a one year graph from Trading View on the Crypto Exchange Binance as on 15th May at 9:54 UTC, we observe the below-mentioned volatility in the market of BTC as we compare XRP to BTC:

In spite of a booming market of BTC in comparison to XRP, we should not forget that XRP total supply, i.e. 99,991,633,428 XRP is way more than BTC total supply which is just 17,701,637 BTC and therefore is leading to a brief recovery in the declining prices. News that XRP trading on Coinbase is now also handy to users in New York has led to another rally in the XRP price over the past couple of days, rising against BTC since Monday.

Cryptos and Blockchain Will Rule The World Says ShapeShift CEO

Interoperability Between Different Blockchains Can Create A Network of Networks 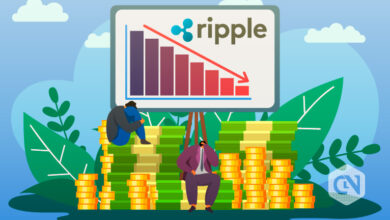 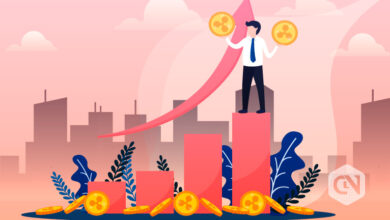 Will XRP Make It Beyond Its All-time High? 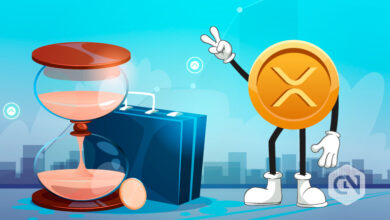 May 12, 2021
Support CryptoNewsZ
Donate with Crypto