Ripple (XRP) has triggered a strong selling sentiment among the investors as the coin is failing to halt the massive price decline. The currency has traded below $0.20 as it opened today on an extremely bearish note.

The whole crypto market is struggling right now to attain a rising approach; however, all seem to be going in vain thanks to Coronavirus effects. Yesterday, the XRP coin was earnestly trying to remain above $0.21, but eventually, it tested support level at $0.1995 while tracing an invert head-and-shoulder pattern.

After a weak rebound at $0.2098, it faced rejection, and by today morning, XRP price nosedived sharply. It went as low as $0.1909 and is still below $0.20. The coin is a bit far from even the 38.20 Fib level, while it holds a bullish picture when it comes to the MACD chart. If XRP continues to trade downwards even further, it may form a new monthly low.

Moreover, since July 2019, XRP coin has formed double tops above $0.33, and despite the current and noticeable downward trend, the currency has formed an ascending pattern since December. The coin is retesting the support levels it tested in December last year.

Also, the coin has formed a head and shoulder pattern this year. Ripple is heading towards a volatile phase at the moment as Bollinger bands have opened up. Notably, SMA lines have just traced a bullish crossover. However, at present, moving averages are indicating a strong selling pressure for XRP. 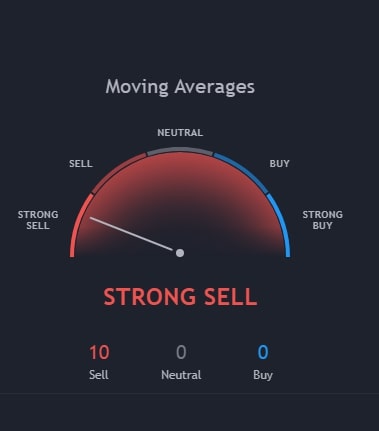 List of Some of the Crypto Based Web Hosting Services

What does the Future Predict for Ripple (XRP) Token?