The largest crypto exchange in the US, Coinbase is busy expanding its edges. The San-Fransisco based exchange recently revealed that it has added XRP cryptocurrency on its platform.

The third largest crypto asset XRP will now be available for trading on Coinbase exchange platform, though for limited users. The exchange has enabled trading dor XRP on ‘Coinbase Pro,’ a more professional version of the trading platform. According to the exchange’s announcement on Monday, it would be enlisting XRP in “transfer-only” mode. Due to that, the exchange will enable users to only deposit tokens initially. The exchange giant asserts that it will open other trading services after a minimum of 12 hours. However, the time limit may change.

Coinbase will allow XRP trading for users located in the U.S. (except New York state), the UK, Canada, Singapore, some EU nations and Australia. The exchange firm has planned to leverage the XRP trading service for other regions in the future. Regarding the post which announced the addition of XRP on the platform notes,

“XRP trading will initially be accessible for Coinbase Pro users in the US (excluding NY), UK, supported European Union member nations, Canada, Singapore, and Australia,” Adding, “Additional jurisdictions may be added at a later date.’’

The blog post by Coinbase gives further details about the move, saying that The [XRP] ledger is backed by a network of peer-to-peer servers. Accounts existing on this network can transfer XRP to each other. The blog post adds,

“In this way, XRP can function as a bridge currency in transactions involving different currencies such as US dollars, Japanese yen, Euros, Francs, and others in use on the XRP network.”

Moreover, a source familiar with the exchange firm said that the company is all set to support the asset however it’s classified by regulators, answering whether XRP qualifies as security or not. 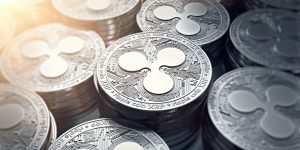 XRP was found in 2012, to use it on the Ripple payment protocol. The digital currency is largely recognized as Ripple, However, the crypto firm Ripple emphasizes that the token is different from the Ripple network, and it should be referred to as XRP only.

Introduction to Peercoin as a Cryptocurrency