DLPP is a deep link scheme that is a communication system which allows the customers to ease their processes when it comes to payment in cryptocurrency. The deep link scheme is attached to wallet application so that the users can now easily use the platform to pay for the product of their choice in bitcoin cash.

The concept of the deep link is very similar to another URI formula scheme called the BIP21 which allows the users to initiate payments with just a click of a link. But the deep link scheme by Yenom is the equivalent of communications between other applications as well as the wallet.

The proposal details that the DLPP connects to wallet application with a callback URL which is what the wallet pings, once the application completes the requested transaction. According to DLPP specification details, it promotes the need for a user-friendly wallet which is not supported by many of the current payment applications. It is what the users need to make the cryptocurrency transaction platform efficient. 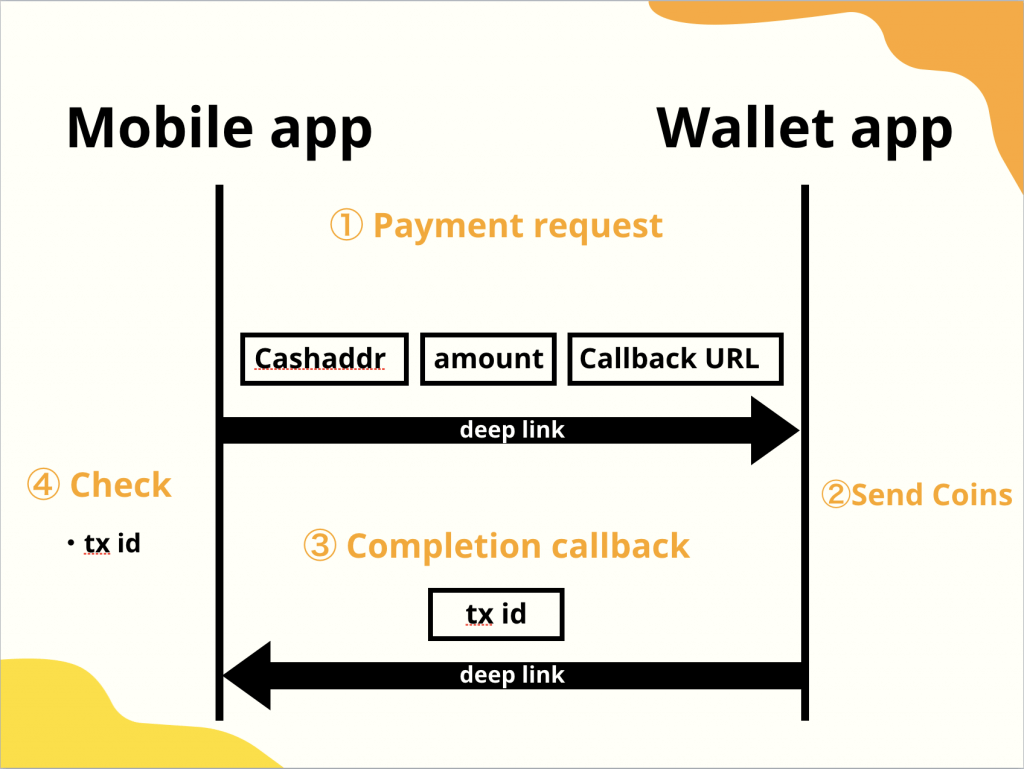 The traditional cryptocurrency wallet needs the user to go through a complex system of crypto payment, where they start with copying the address, opening the wallet, pasting the copied address, input the desired amount and finally authorize the payment.

However, the Usami’s proposal of DLPP scheme, all they will need to do is open the wallet application and confirm the payment as the payment address will already be there inside once the user logs in. As a result, the developers of Yenom believe that their new scheme could be simple and an effective alternative to the similar platform BIP70.

The new scheme explains in detail that the developers want to give a clear idea as to what the users should expect from the platform. First, it talks about the efficiency that comes with user-friendly BCH payment platform. Second is the compatibility promise from the proposers. The user can simply add optional parameters by adding them instantly to ‘new one.’

As long as the application user responds to the URL callback sent by the wallet owner, they can easily eliminate the complex process of traditional wallets which usually adds three to five steps more.

After the Recent Market Collapse, What Is the Future of Cryptocurrencies?

Terra Has a Recovery Plan With Community Feedback