It is known that in India, the authorities are still working on to have a clear picture regarding the use of cryptos in the country. Despite an absolute ban on cryptos, India has seen a few cryptocurrency fraudulent cases. Recently, in India, a scam causing a loss of crores of rupees was carried out in the name of Bitcoin. Now one more scam has been discovered which took place in Surat City in Gujarat, India.

The scammers introduced the BSS Coin under their firm named ‘BitsTrade.’ This company reportedly had been registered in the UK but was operating in Surat. The company also built two websites called, BitsTrade.com and BitsTeedsCoine.com. After the investors filed a complaint against the firm, the CID Crime caught the scammers namely Rakesh Shamjibhai Sawani, Nikunj Hasubhai Sawalia, Hardik Jayantibhai Jhadafiya, Kalpesh Waljibhai Lakhani and Ashok Khambhi. The scam caused a loss of 1.64 Crore in Indian Rupees (Approx $ 2.3 lakhs) to the investors.

To carry out the scam, BitsTrade lured the investors with offers of unrealistic returns. They also used social media and websites for the publicity of BSS coin. The scammers also attracted investors towards the coin by falsely offering them high commissions like pyramid systems. The tempting schemes don’t end here, as these alleged scammers made a total of 190 investors to have a tour of Bangkok and Singapore at the company’s expense.

The scammers used to put the website on maintenance very frequently. To win investor’s trust, they told them that the BSS coin will soon get the approval by authorities. After a while, the scammers closed the website without any notice, putting investors in troubles. 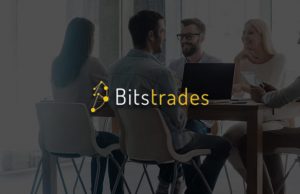 Regarding the crypto scam case, Director General of Police at CID, Ashish Bhatia noted that the complaint was received on 22nd February. They filed an FIR, and since then they have arrested Hardik Jayantibhai Jhadafiya. The complaint was made by 21 investors. After further investigations, it is discovered that Jhadafiya is a software engineer. Notably, this is the third case of crypto fraud only in Surat city. It seems this luring the investors and then running away has become a frequent way of frauds, especially in countries with a lack of clarity in crypto space.

John McAfee Predicts that Bitcoin will hit $1 million by 2020