China’s human resource management software and cloud service provider LongShine has partnered with YOUChain, which aims to create a blockchain-based YPoS consensus mechanism and original investment model for large-scale commercial applications. The two will cooperate in areas such as work contract chain, professional resume chain, and privacy protection chain as well as on allowing employers and prospective candidates to have a mutual incentive & value trading mechanism. Thus, the duo will create a Professional credit digital asset platform.

YOUChain will bring the immutability of blockchain technology to LongShine’s human resource tools. Resumes and work contracts can be saved on the blockchain, and they cannot be changed or erased as blockchain is a distributed ledger. Any change would have to be approved again by all the nodes before being entered on the ledger. The blockchain will be visible to all the stakeholders. Also, as only one record will be maintained, transparency increases with blockchain, and duplication of records is reduced.

YOUChain wants to usher in the next generation of the public blockchain, which will have better performance as well as better adaptability, which will fulfill its vision of “One Mobile Device One Node, Everyone Can Participate.”

YOUChain works with ETH and is a customizable public blockchain. Customers can make changes to suit their applications, and their DApps will interact with the YOUChain blockchain, a virtual machine, and RPC. It is the only decentralized app (DApp) that can create virtual items with one click. It provides ETH based smart contract scripts and blockchain agreements. Its DApp platform is scalable, rapid, and standardized.

Stellar Price Drops by 7% Over a Day; Awaits Recovery 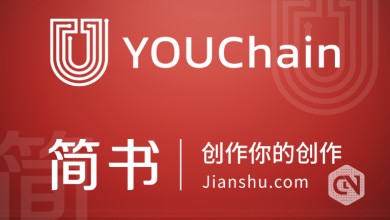 YOUChain to Work With Jianshu.com & Fountain to Build a Digital Copyright Ecosystem