Cryptocurrency surely is an increasing matter of interest in the minds of the public, but that doesn’t mean that it has no skeptical appraisers as well. Recently, one of our reports suggested the negative stance of ICOs and crypto that South Korea currently bores. Adding one more country to the list is Zambia when its Central Bank said that their stance of cryptocurrencies goes against the interest in the sector.

The Bank of Zambia (BoZ) is a central financial institution to one of the world’s largest economy in the world. It works at imploring and creating monetary policies which are to implement in the country. That said, it also receives several demands and questions related to the stance of Bitcoin and the country’s legal status.

A local news report suggested that the central bank decided to officially release a statement for it where they had to defend the interests of the public and maintain the veracity of the financial system concerning digital currency. Moreover, the BoZ also claimed several financial constitutions suggesting that Section 30 is the present obstacle which is preventing Bitcoin and such digital assets from receiving a legal tender position.

The bank says that they had no constitutional authority over disfiguring the ban on the crypto market because of the existing legal framework. In the exact words they said, “Cryptocurrencies are not legal tender in the Republic of Zambia; Secondly, BoZ does not oversee, supervise nor regulate the cryptocurrency landscape. Consequently, any activities related to the buying, trading or usage of cryptocurrencies is performed at the owner’s risk.” 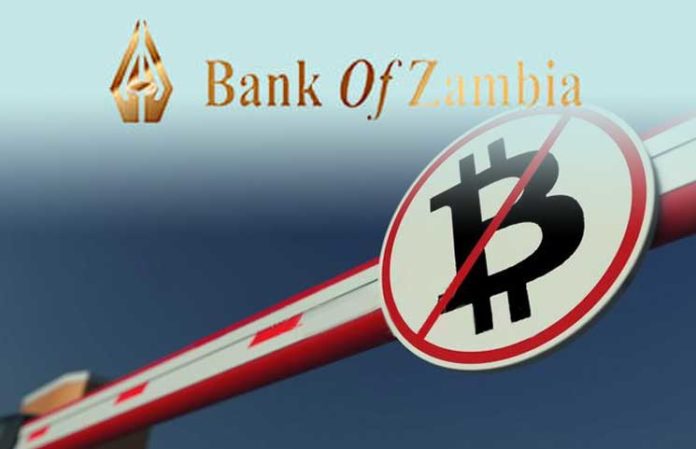 The officially released statement revealed by the BoZ is similar to those similar to the international companies previously. Moreover, they also addressed the inherent risk that comes with the trading of cryptocurrency. The bank asked the investors to be careful about these dangers accompanying crypto trading, such as money laundering, terrorist financing, and consumer protection. They will also not be capable of providing any legal help for those who will be the victims to such scams and online crimes related to cryptocurrency.

Previously the central bank suffered some criticism when it failed to define bitcoin in Zambia’s constitution, and that might be the reason why the lawmakers are getting more active for creating regulatory provision and take an approach for the same. As a result, the BoJ confirmed their active involvement in getting a law which enables only innovation.

Currently, the Zambian crypto community also wouldn’t associate with any trading activity and thus remains a less than average contributors when it comes to global crypto volume. There are many reasons and excuses why the country won’t associate with crypto trading as of now, but there might be a way in the future when it can overcome the obstacles if need be.