Zcash is currently focused on displacing BTC as the alternate cryptocurrency. It initiated as the fork of BTC on October 28, 2016, by Zooko Wilcox. It initially was termed as Zerocoin protocol, and later, it was renamed as Zerocash system. Finally, it was named as Zcash. It is based on decentralized blockchain but, it ensures full anonymity of the transaction parties over its platform. 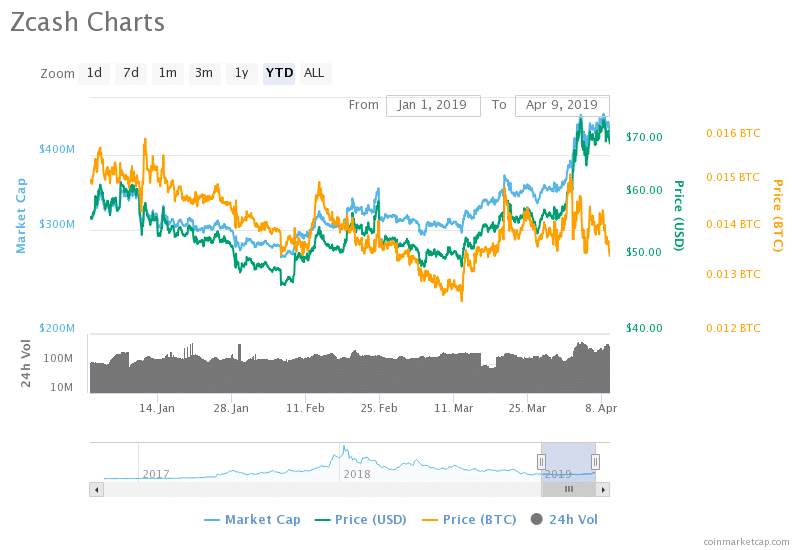 Recently, Zcash surged as Bitmain’s Z11 miner and has bought more hash power to the network. Z11 is now threefold powerful as Z9. It is one of the fastest growing cryptocurrencies and has greatly managed to secure 21st position based on its market cap. Crypto Ground thinks that Zcash can trade around $135.7029 by 2019 end. Trading Beasts assumed that Zcash can be around $146.24 by the end of this year and can even fall to $100 by the end of 2020. Being Crypto predicted that it could be around $380 by 2019 end and according to our ZEC Price Prediction, it seems that in the next 5 years, the coin can reach as high as $760.

Zcash has remained surprisingly stable than its relevant cryptocurrencies in spite of the great volatile market. Its value was raised when rumors went like it will get enlisted on Gemini Exchange, based on New York and owned by Cameron and Tyler Winklevoss. It has also partnered with Ethereum that introduced ZK-snarks to a larger platform as part of Byzantium upgrade. Overall, with its capacity, it can easily touch $500 mark this year.

ZEC is undoubtedly a potential cryptocurrency. With its value raising higher day by day, it can soon displace BTC. Moreover, it maintains the anonymity of the users. Its value will be considered towards the bullish side, and thus, it can be a good option for long-term investment.