Bitcoin price is down by more than 7% as the Federal Reserve announced shrinking the balance sheet. In 2021, Bitcoin observed a growing number of investors because the Fed decided to print $4 trillion money for Covid relief packages. That is why the step to shrink the USA balance sheet may put downward pressure on BTC.

The truth is, Kazakhstan is currently ranked second in the Bitcoin mining hash rate. The Chinese company BIT Mining Ltd shifted to Kazakhstan after China banned the mining of Bitcoin.

There can be plenty of reasons for BTC’s downfall. Now let’s look at the technical analysis of Bitcoin. 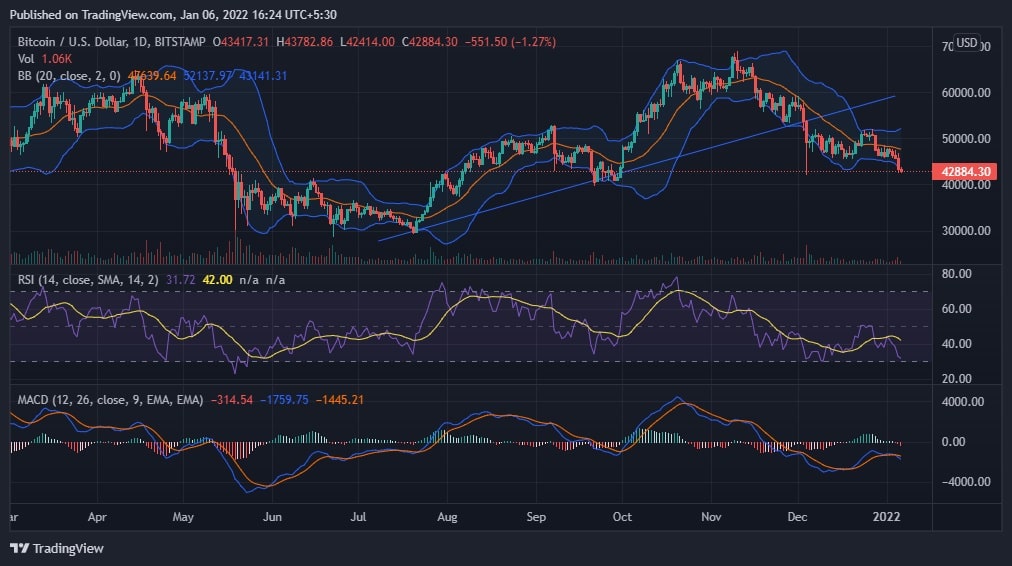 At the time of writing, BTC is trading around $42K, which is way down from its ATH of $67K. If you look at the chart closely, you can notice that the Bitcoin price broke the trendline on December 04. After that, it starts a bearish movement. Now, it is in the consolidation phase.

However, the good news is, if it is down for this international unrest, then the price will jump up soon and trade around the support level of $46K.

On the other hand, if it falls, the next support level will be $40K.

Want to know more about whether it is the right time to invest or not then visit here to know more about Bitcoin future price. Many experts are of the opinion that it will replace the value of Gold in the future because the growth of digital currencies is noticeable all around the world.

If you find an opportunity to invest in Bitcoin, it is the right time. Bitcoin has the largest market capitalization, so it is the safest of all cryptocurrencies.

ClaimSwap Achieve a Growth of 150% in Active Wallet Users

Bitcoin (BTC) Trades Near the Doors of Strong Resistance!